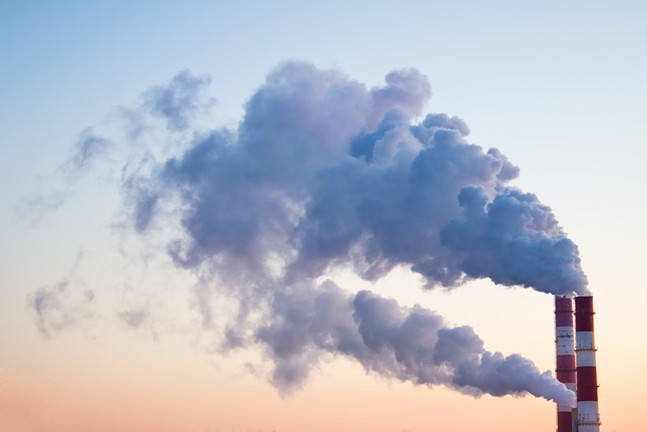 On Wednesday, Pennsylvania Auditor General Eugene DePasquale published a report documenting the financial costs in the state brought on by the effects of climate change. The report found that in 2018, Pennsylvania spent $261 million on climate-related costs, $125.7 million of which was spent on repairing infrastructure damaged by severe weather like floods and landslides. Other costs included mitigating public safety risks of things like extreme heat, and the impact that weather has on agriculture.

“The longer we fail to act, the greater the risks to our environment, our economy, and our future,” said DePasquale in a press release. “Climate change is a challenge that also presents an opportunity: By acting and investing now, we can not only save lives but also protect our economy and create jobs along the way.”

The report is broken down into three categories of observations. The first highlights how local and state leaders don't have the adequate resources and coordination to plan for the impacts and effects of climate change, and chastises leaders for not making climate change enough of a priority or dedicating enough funds to its consequences.

The second category of observations explains that not only is Pennsylvania unprepared for the damages climate change will continue to have on infrastructure, agriculture, and public safety, but the actions the state does take are reactive, as opposed to preparative, which creates an even higher cost. According to the report, “every $1 spent on natural disaster mitigation saves $6 in recovery costs.”

The third category is a strong recommendation for Pennsylvania to reduce carbon dioxide and methane emissions, the majority of which comes from energy production, industrial fuel, and transportation fuel. However, according to the Pennsylvania Capital-Star, DePasquale sides with Gov. Tom Wolf, who said in a KDKA interview on Nov. 11 that petrochemical plants (cracker plants) would be good for Pennsylvania and the environment.

Recommendations for future planning include increasing the budget of state agencies that plan for and react to weather disasters, offering incentives for using electric vehicles, and better educating the public on how to reduce emissions and take action.

Some leaders opposed DePasquale’s research – and the concept of climate change completely – like Rep. Daryl Metcalfe (R-Butler), who called the report “partisan pandering for the governor’s delusional climate change policy proposals” and “a fan letter to the governor and his radical environmentalist supporters,” according to the Capital-Star. The latter almost sounds like a compliment.