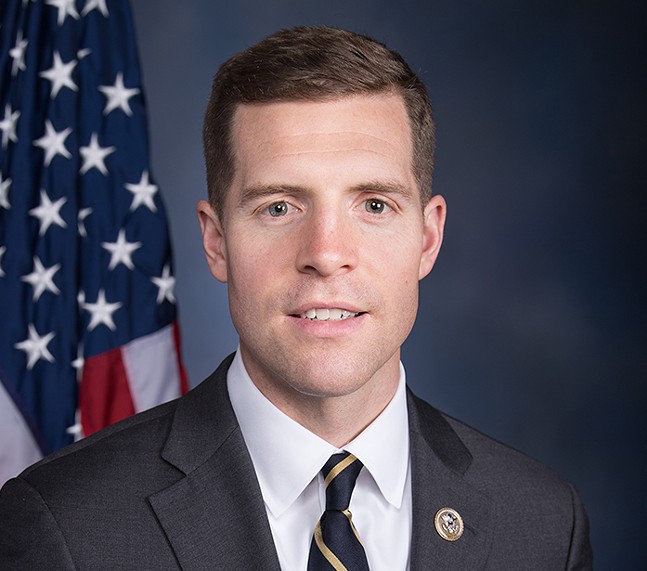 Official Congressional portrait
Conor Lamb
Today, the U.S. House passed a bill that would decriminalize marijuana on a federal level, as well as provide a pathway to erase nonviolent federal marijuana convictions. The Marijuana Opportunity Reinvestment and Expungement Act, or MORE Act, is a historic achievement, but is unlikely to be taken up in the Republican controlled U.S. Senate.

The bill passed largely on partisan lines with Democrats in support and Republicans in opposition. Only six Democrats opposed the MORE Act, and one of them was Pittsburgh-area politician U.S. Rep. Conor Lamb (D-Mt. Lebanon).

Lamb says that while he voted against the bill, he supports decriminalizing marijuana, but criticized the MORE Act as a “small, non-serious bill that wasn’t done the right way and will never be signed into law, regardless of who is President.”

“And everyone knows that,” continued Lamb in a statement. “This was an opportunity for people to say they voted to ‘legalize marijuana’ without doing any of the work to actually accomplish that.”

The MORE Act was introduced in July 2019, and put on the House schedule on Nov. 30 of this year.

Proponents of the MORE Act said the bill would remove marijuana from the federal classification of a Schedule 1 drug, like heroin and cocaine. Supporters say removing marijuana from Schedule 1 status is right because the drug is not addictive and is used for medical purposes, and people should not be incarcerated over possessing and using cannabis. The Pennsylvania state House recently passed a bill to amend the state's DUI law to decriminalize trace amounts of medical marijuana.

However, many House Republicans say provisions in the MORE Act are too lenient and oppose decriminalization, and also cite, like Lamb, that the bill has no chance of becoming law.

This isn’t the first time this year that Lamb has opposed large marijuana-related legislation. In August, he voted against a bill meant to protect legal-cannabis states from federal prosecution, as he did in 2019. That bill garnered more support from Democrats in swing districts like Lamb, including U.S. Rep. Matt Cartwright (D-Lackawanna).

But the MORE Act was supported by Cartwright this time around. Other Pittsburgh-area representatives like U.S. Rep. Mike Doyle (D-Forest Hills) supported the bill, while U.S. Rep. Mike Kelly (R-Butler) opposed it. U.S. Rep. Guy Reschenthaler (R-Peters) was not present for the vote, though he had voiced opposition earlier.

According to a Harper Polling survey from April, 62% of Southwestern Pennsylvanians support “allowing the sale of adult use cannabis in Pennsylvania.”

Lamb says he hopes the House will take up decriminalization in “a serious way in the future.” He reiterated that he is not opposed to the effort, but said that the coronavirus pandemic is taking a higher priority for him.

“For now, I’m focused on the fact that an American is dying every minute, people are losing jobs and going broke, and we’re in a recession,” said Lamb in a statement. “People say, ‘You can do two things at once’ — well, Congress usually can’t even do one thing at once. Which is why we still haven’t gotten a COVID relief deal. So maybe for now, we should stay focused on the deadly, devastating health and economic crisis that’s raging in every single one of our districts.”