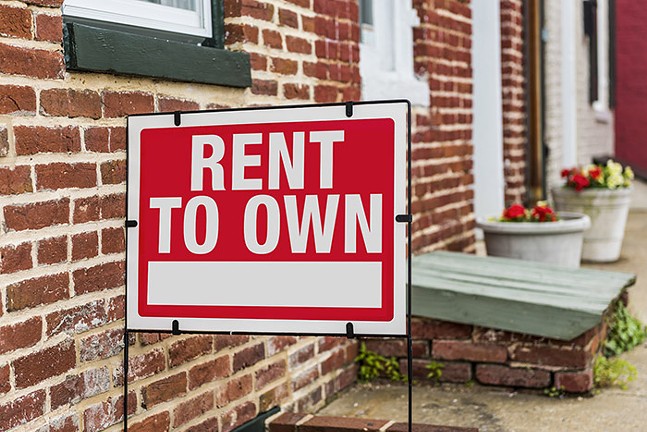 In a recent Allegheny County Common Pleas Court ruling, several companies specializing in “Rent to Own” real estate schemes were ordered to deed 285 homes in Pennsylvania to customers who either currently live at the proprietors or who most recently occupied them. About three dozen of the homes are located in Allegheny County, which is out of more than 80 that are located in the Pittsburgh metro area.

“Rent to Own” companies have long been derided by consumer advocates for predatory tactics that disproportionately hurt low-income residents, and place the onus on tenants to fix up derelict properties of which they don’t actually have any legal rights to ownership.

The largest of these companies is Vision Property Management, a business based in South Carolina that advertises itself as America’s biggest provider of “affordable Lease-to-Own property opportunities.” The defendants have filed an appeal to this ruling, which was made in Allegheny Common Pleas Court, a lower court of the state judicial system.

In 2016, a woman in Dravosburg, who was profiled in the Pittsburgh Post-Gazette, filed a complaint with the Pennsylvania Attorney General’s office for deceptive practices as part of her “Rent to Own” agreement. The woman assumed her $420 rent payment was going towards eventual ownership, but Vision, the property owner, was only counting about $33 of that rent payment towards the total purchase price of the home. After seven years, the woman only paid about $2,800 toward the $48,000 purchase price.

In 2019, Attorney General Josh Shapiro (D-Montgomery) announced a lawsuit against Vision that alleged Vision utilized misleading sales tactics to lure consumers into entering “Rent to Own” agreements on foreclosed houses that are in serious disrepair, that the agreements came with no ownership rights, and that consumers could face ejection from the homes if they ever fell behind on payments. Shapiro’s lawsuit alleged the agreements “unlawfully attempt to make the consumers responsible for expensive repairs required to make the houses habitable.”

On Nov. 18, Shapiro called the recent Allegheny County ruling a “major victory” for Pennsylvanians who have been “ripped off” by these companies.

“Pennsylvanians who were taken advantage of by Vision Property Management and its affiliates’ deceptive 'rent to own' schemes will finally be homeowners,” said Shapiro in a Nov. 18 press release. “My office will work tirelessly to implement the Court’s order as quickly as possible and seek fair compensation for anyone who was ripped off and forced to leave their home.”

As part of the ruling, Allegheny County consumers associated with the hundreds of homes will have their contracts terminated, deemed satisfied, and paid in full. According to a press release, the order was in response to the state’s Motion for Sanctions against the defendants.

“Companies like Vision — you are on notice,” said Shapiro. “My office will investigate and prosecute businesses who use predatory tactics to take advantage of consumers.”

The defendants have filed an appeal.