Vertical Road was inspired by the writings of Rumi 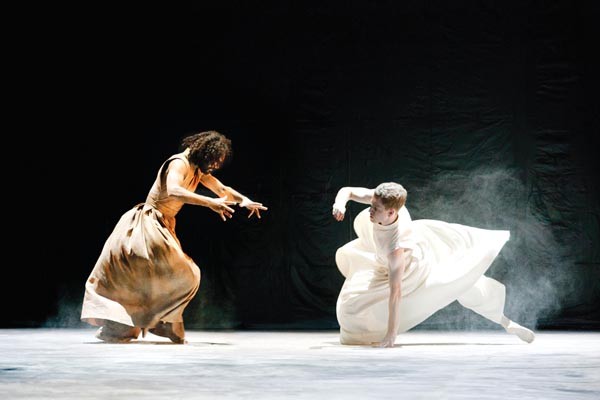 Outside dance circles, he's best known for the controversy that arose when, during the opening ceremonies of the London Olympics, NBC cut from his moving dance work honoring London bombing victims ... to a Michael Phelps interview. But British-born Bangladeshi choreographer Akram Khan is, in fact, one of the dance world's current "it" people.

Khan is a sought-after dancer and choreographer who has worked with dance superstar Sylvie Guillem and actress Juliette Binoche. His major awards include a 2012 Olivier Award for Best New Dance Production; his Vertical Road (2010) alone has earned him three, including Britain's Critics' Circle National Dance Award.

Khan's self-named company makes its Pittsburgh debut (without Khan) on Oct. 20 in Vertical Road, a lush, atmospheric piece rooted in spirituality, sexuality and the life cycle. The show is presented by Pittsburgh Dance Council at the Byham Theater.

The intermissionless, 70-minute work is set to a sweeping original score by composer Nitin Sawhney. The show's title was inspired by the writings of Persian poet and philosopher Rumi, who wrote of man's evolution and rebirth from gravity to grace.

"For me, spirituality is formless, so I needed a concrete idea as an inspiration for the work," says Khan, speaking by phone from London.

As a narrative, Khan set his dancers in a postapocalyptic world in which a traveler discovers some long-lost tablets whose messages bring to life a group of terra-cotta warrior statues. The work explores man's earthly nature, rituals and the consequences of his actions.

"It is, in a sense, a rediscovery of life," says Khan.

The work's title alludes to Rumi's notion that humanity is on the road to becoming angelic. But Khan says the work also traces the vertical road's other direction, toward the devil.

"It's not literal, but it reveals itself in the work in terms of man being controlling, the devil within us coming out," says Khan.

As with all of his works, Khan says he is fascinated with exploring the human condition. Vertical Road is just one journey to that end.