Remake Learning has spent the past 15 years leading an effort to innovate education in Western Pennsylvania and beyond. According to Gregg Behr, executive director of The Grable Foundation and co-chair of Remake Learning, that effort comes from humble beginnings.

“Remake Learning began over coffee and pancakes,” Behr tells Pittsburgh City Paper in a phone interview. He says those early days in 2007 brought together not only teachers and librarians, but also museum directors, technologists, artists, designers, and others who were “collectively thinking about learning, and the learning landscape for our young people.”

“And we're asking, ‘How do we support our young people?’” says Behr. “What is timeless and classic about great learning, like the role of teaching caring relationships, and also being mindful about young people and their futures?”

To celebrate a milestone year bringing positive change to the local learning ecosystem, from pre-K to higher education, the organization will throw a Remake Learning Bash on Thu., Sept. 15 at New Hazlett Theater. The free program promises to mix “audio-visual storytelling with theatrics and audience participation,” followed by a reception in the nearby Children's Museum MuseumLab. 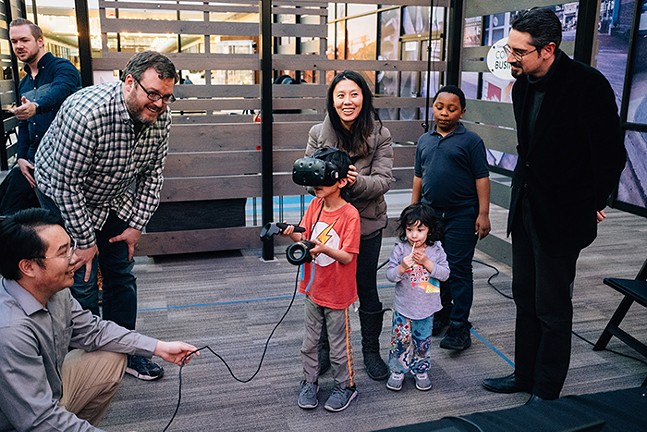 The anniversary will also include more detailed announcements about happenings at Remake Learning, including information on a new book and a major award.The event highlights what an infographic provided by the organization illustrates as a successful run that now boasts over 1,200 members in its professional network for “educators and innovators,” and 233 participating school districts.

Behr, along with fellow co-chair Valerie Kinloch and Remake Learning director Tyler Samstag, say that while their mission remains the same, their approach has evolved to integrate new technologies, be more inclusive, and consider the changing values of young people. Behr says Remake Learning has to “think about the ever-evolving landscape” by which kids are “developing their identities differently, seeking information differently,” and “consuming and producing information differently.”

Even so, Behr says they still focus on what is engaging and equitable, and cites Fred Rogers, the late Pittsburgh-based host of the PBS children’s show Mister Rogers’ Neighborhood, as a continuing inspiration.

“We talked about Fred Rogers in the context of someone who used the newfangled technology of television, recognizing that television was something that was attractive to young people, and said, ‘How do I make what's attractive to young people good and constructive for their learning?’” says Behr. “So when we think about those folks who were, very early on, involved in Remake Learning — the teachers, the librarians, the youth workers, but also the technologists, and the gamers, and the artists — in so many ways, they were thinking about learning in the way that Fred did decades ago.”

Behr hopes that Remake Learning has “gotten ever better about attending to justice and what justice means and supporting marginalized populations in Southwestern Pennsylvania,” especially, as he puts it, rural learners, learners with disabilities, girls in the STEM fields, learners of color, and learners in poverty.

Kinloch, who serves as the Renée and Richard Goldman Dean of the School of Education and professor at the University of Pittsburgh, says that the challenges of the pandemic illuminated many of the issues inherent to the current education system.

To help address this, she says a “central” component to the work of Remake Learning moving forward will be to cultivate a “critical and diverse teacher workforce” in area school districts.

The pandemic also, she says, made Remake Learning realize the importance of emphasizing “the joy and love of learning and being in learning spaces with other people, even in the midst of unfortunate times.” One way they achieve this is through Remake Learning Days, a regular series of community-driven events that invite students and families of all backgrounds to experience the exciting new learning tools and technologies offered by Remake Learning partners, including artificial intelligence, virtual reality, and robotic.

Remake Learning Days have become so successful that they now take place in regions throughout the United States. Samstag says Remake Learning has helped launch 17 other “highly localized” festivals across the country, “everywhere from San Diego to Philadelphia.” 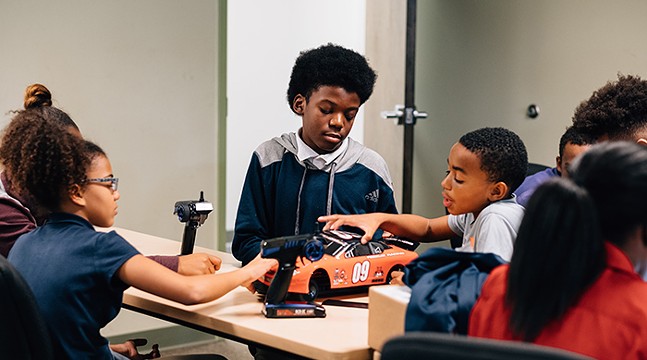 He adds that, in the coming year, the organization will take Remake Learning Days international, with a planned announcement in early 2023.

“But this wave of interest, and creating the learning festivals that celebrate joyful learning, is just a concept that folks are really excited about,” says Samstag. “And so we'll continue to expand the reach of our Remake Learning Days festivals.”

As the organization moves forward, Kinloch sees Remake Learning as reimaging education by allowing others to share in its model.

“And I think that's one of the beautiful things about Remake Learning, that the impact is definitely a local or regional or statewide impact,” says Kinloch, “but it also has all of these larger implications for how other people have been interacting with Remake Learning Days, with the events and with the mission of Remake Learning so that they can go back to wherever they're from across the globe and engage in this work.”