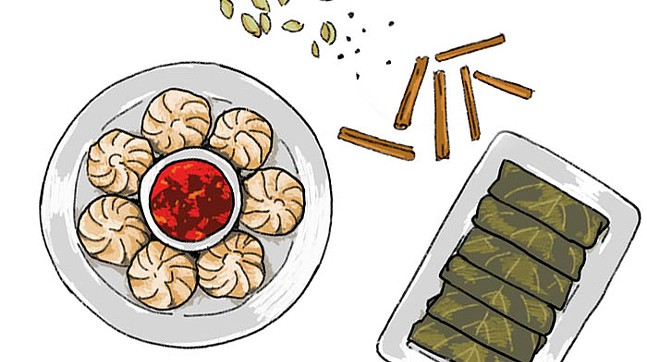 Pittsburgh was famously built on the labor of immigrants who crossed the ocean to mine coal and forge steel. They also built its food culture by bringing old world staples like pierogies, halusky, and macaroni.

But even now, with the collapse of heavy industry, new waves of immigrants continue to pour into the Steel City, fending off population decline and contributing their own rich traditions.

Over the past two decades, Pittsburgh has opened its arms to refugee communities from around the world. As of 2015, nearly 2,500 refugees speaking more than 30 languages had been resettled in Allegheny County, with Bhutanese, Somali, and Congolese communities among the largest. Since then, hundreds of Afghan refugees have also made Pittsburgh their home.

Of all seasons, winter in Western Pennsylvania calls for an edible line of defense: soups and stews — any combination really of dense calories and steam. Pittsburgh City Paper talked to representatives of two refugee communities about their food tradition, and what they might turn to for comfort and sustenance on a cold gray day. 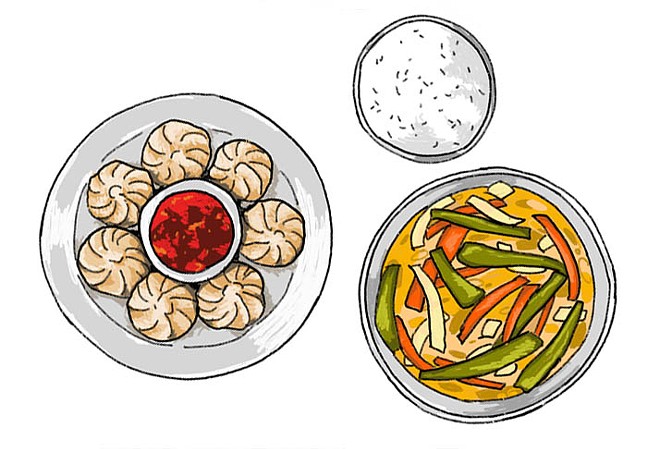 Khara Timsina vividly remembers the first time he saw snow. Growing up in a village in southern Bhutan near the Indian border, he was used to tropical temperatures and rainy winters. After the fifth grade, he tells City Paper, he was sent to attend school in the Himalayan mountains where he experienced snow for the first time on New Year’s Day 1990. He remembers that he and his schoolmates weren’t sure it was safe to play in the fluffy white stuff, but were so excited they romped around in the knee-deep drifts anyway.

Although much of Bhutan doesn't have the same cold winter weather we do, Timsina says most Bhutanese food is served hot, making it a tasty and hearty option for a Pittsburgh winter.

“We normally don't eat cold food. Even the so-called salad vegetables are normally eaten cooked in curry,” he says.

Momos, which are steaming hot dumplings filled with cooked vegetables and/or meat, are another staple well-suited to Pittsburgh winter, Timsina says, and many Bhutanese people may choose a spicier-than-usual dipping sauce for their momos when the weather is chilly.

Timsina is the executive director of the South Hills-based Bhutanese Community Association of Pittsburgh, which he helped found. He has lived in Pittsburgh with his family since 2010. 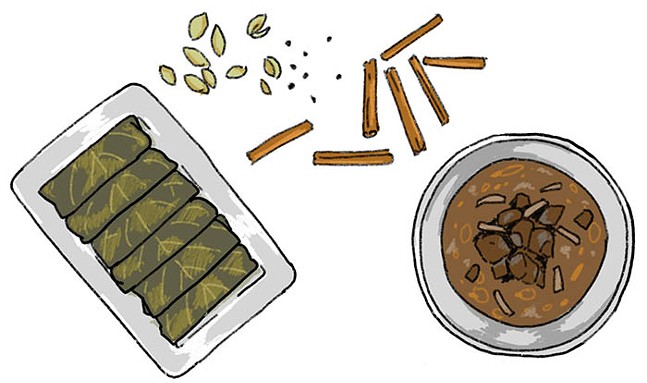 Iraqi cuisine, just like the national culture, has been formed by waves of ancient and modern influences.

“It’s the most historical country in the world,” says Kamel Albrahin, a server at Samovar Mediterranean Grill in Pittsburgh, noting the lingering influence of the Ottoman empire on popular dishes like Dolma.

Alhabrin says Iraqis prefer to eat produce in its right season. And this, more than anything, impacts what is eaten when, with root vegetables available in the winter months, while fruits like grapes and watermelon grace tables in the summer and fall.

Most of the country doesn’t experience harsh winters like Pittsburgh, but temperatures can still drop below freezing in the North. During those days, Alhabrin says, many like to warm up with the nation’s signature drink — hot black tea infused with cardamom and, sometimes, cinnamon.

Also during winter months, Alhabrin says, steamy meat soups are eaten with bread at the start of the day to ward off the cold.

“They eat it early in the morning,” he says. “It has a lot of calories and so you’re not going to feel hungry until, you know, noon.”