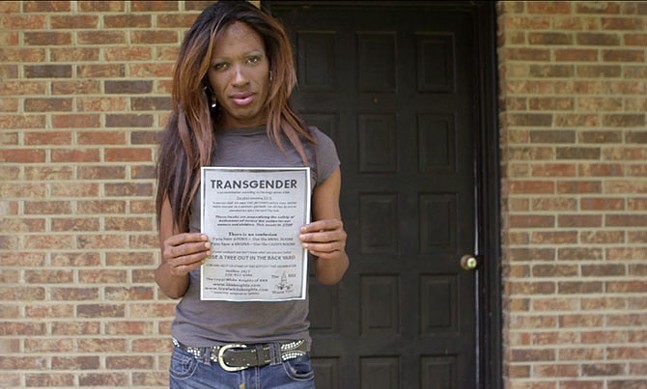 Coming in last isn’t usually seen as an advantage. But in the case of the Reel Q International Film Festival, opening after other LGBTQ film festivals around the country makes programming a lot easier.

“We always have the upper hand of showing the best of the best, because we get the sense of what won awards at the other festivals, what are people talking about, what’s big on social media right now,” says Reel Q executive director, T.J. Murphy. “We have that unique advantage to bring those really exciting, thought-provoking films here.”

Now in its 34th year, Reel Q finds a new home at Row House Cinema (it previously took place at Harris Theater) with a full schedule of 25 feature-length films and over 60 short films from around the world. Murphy says the festival is once again being held over 10 days after experimenting with a single-weekend schedule last year.

“I’ve never seen anything quite like it in the realm of gay cinema, so we’re really excited to bring that,” says Murphy, adding that the Bomer-Pittsburgh connection also helps. “It’s a really timeless story that would really resonate with anybody, which is another reason why we picked that up. It’s not necessarily a queer-specific narrative in ways that some of our other films might be.”

In addition to the 10-day schedule, Reel Q will also bring back its youth shorts program with Teen Dreams, a series of works made by young filmmakers including some from the local Steeltown program, Reel Teens.

“The current political climate, I’m sure, has young people really hungry to tell their stories, so there was just a lot of content this year that was created by teenagers and geared toward teenagers that we really wanted to highlight,” says Murphy.

He says this was also a strong year for documentaries. Among those featured are Dykes, Camera, Action, a “crash course on the history of lesbian cinema"; Where Justice Ends, a look at how trans people are mistreated by law enforcement; and the closing night film Gay Chorus Deep South, the screening of which includes a live performance from the Pittsburgh LGBTQ choral group Renaissance City Choir.

The history of LGBTQ representation in the horror genre is examined with Scream, Queen! My Nightmare on Elm Street, a documentary about A Nightmare on Elm Street 2: Freddy's Revenge. Often cited for its homoerotic overtones, the 1985 sequel went on to rile fans and ruined the career of lead actor Mark Patton (who is gay), only to become a camp classic hailed as one of the first LGBTQ horror movies.

As an added treat for local horror fans, the Scream, Queen! screening includes a live appearance from Patton and leads into a midnight matinee of A Nightmare on Elm Street 2.

Alongside the documentaries is a diverse array of narrative films, including An Almost Ordinary Summer (described by Reel Q as La Cage aux Folles meets Mamma Mia) and two French imports, The Shiny Shrimps and Sauvage/Wild, as well as Billie and Emma, a romance about two adolescent girls set in 1990s Philippines.

The festival will also celebrate the 20th anniversary of the release of Trick, an American romantic comedy about two men, a budding Broadway musical writer and a go-go dancer, who spend a sexually frustrating night together in late-90s Manhattan.

While the films are the obvious focus, Murphy points out that Reel Q hosts plenty of other events created to both entertain and educate audiences, including parties, panel discussions, and more. The Transtastic Shorts program, for example, includes a post-screening happy hour at Blue Moon Bar where guests can interact with local trans organizations.

“The festival experience isn’t about just coming to see a film,” says Murphy. “It’s about coming and meeting people, making new friends, meeting like-minded people, and experiencing what the community has to offer as well, which is why we really pride ourselves in working with as many local organizations as we can to help program and let people know what’s available to them.”