"these buildings could go to good use for somebody, and it needs to happen soon."

But for residents of the West End, the sale of these closed school buildings is about more than reducing the school district's operating costs.

"Being born and raised in [West End], I know the beauty of those communities," says resident Debbie Whitfield. "I think the West End communities have the potential to turn around, and the right programs in those buildings could be the turning point."

The sale of these vacant buildings could play a major role in the future of a struggling community eager for revitalization.

"We need positive businesses in this community," says resident Loretta George. "We need places for the good youths to go. We need businesses that can offer jobs. We need things that will help Sheraden, not give it more trouble."

Three schools are up for sale in the West End. Proposals for two of the buildings, one from the Pittsburgh Spice and Seasoning Company, and another by John Ross Studios and the Meter Room, have passed residents' scrutiny. 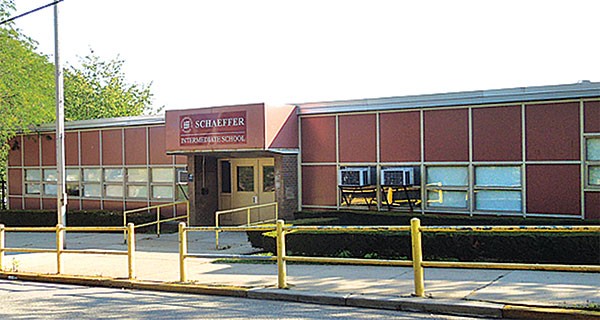 But finding the right fit for the third property, a former elementary school in Sheraden, has begun to drive a wedge between residents. Darnell Drewery has proposed using the building to create a mixed-use community center called the Shyne Center. The other interested party is Archie Kimbrough, owner of Train Up a Child Daycare, who would use the building for a day-care center.

While some residents have expressed reservations about both proposals, others say the Drewery's Shyne Center community program could be just what the neighborhood needs.

"I would love it to be used for the youth," says Sue Fontana, who has lived in the community for 30 years. "I believe if children have a place to call their own, that they will respect their own town. So many kids do not have any stabilization in this neighborhood, it would [be] great to give them a place they can take pride in."

The center proposed by Drewery would provide services for youth, families, senior citizens and veterans. Programs would include job-readiness, recreation and academic tutoring. The proposal also promises for-profit businesses such as a café and retail stores.

"We want to stop or decrease the decline of the neighborhood," says Drewery, who also grew up in the community. "We believe a community center would be very helpful and useful. It would be a hub and a catalyst for change."

But at a Feb. 23 public hearing before the Pittsburgh Board of Education, more residents voiced opposition to the Shyne Center than support for it. They lamented the loss of a neighborhood post office, grocery store and bank, and said they'd like to see more businesses and a veterans' center in the community.

And some who do support a community center say they aren't in favor of Drewery's proposal because they say it would also serve youths from other neighborhoods.

"We are concerned that the misuse of the vacant building, a meeting place for troubled teenagers, could and probably would result in more flight from Sheraden and Pittsburgh," said resident Edward Smith.

Opponents worry it would bring more delinquent youths to Sheraden, a neighborhood that already has the highest rate of youth crime in Zone 2, according to the Pittsburgh Bureau of Police.

"There are rumors that there will be delinquent youth and kids coming from other parts of the city, but we're trying to serve the West End community and help prevent youth from being delinquent," says Drewery.

"So many people want to take something positive and turn [it] into negative," says Fontana. "They think if a youth center opens it will bring bad kids in. I, however, believe the opposite. Seeing buildings boarded up in the community is depressing, and we have to work together to bring this community back to the gem it was years ago."

"The West End Alliance cannot support any project if there is not support from the community," says WEA President Richard Butler. "But it's important not to have empty buildings in our community.

"Getting the right fit is important, but eventually we have to sit down with the community to talk about what would be a realistic fit."

In the meantime, Pittsburgh City Councilor Theresa Kail-Smith, who represents the West End, is working on a proposal to have the Urban Redevelopment Authority buy the building to give the community more time to choose a buyer.

"The [school] district has agreed to work with us, but their bottom line is they need to sell this building," says Kail-Smith. "If the URA purchased it, it would give the community a longer process to work out whatever they want to see there."

For now, school-board director Carolyn Klug, who represents the West End, says the board has no plans to vote on the sale of the West End buildings.

"I haven't heard about any firm offers," says Klug. "But I know these buildings could go to good use for somebody, and it needs to happen soon.

"We have a lot of debt, and we can't sit on them if we're not using them."