"My dad would always take me to the studio with him." 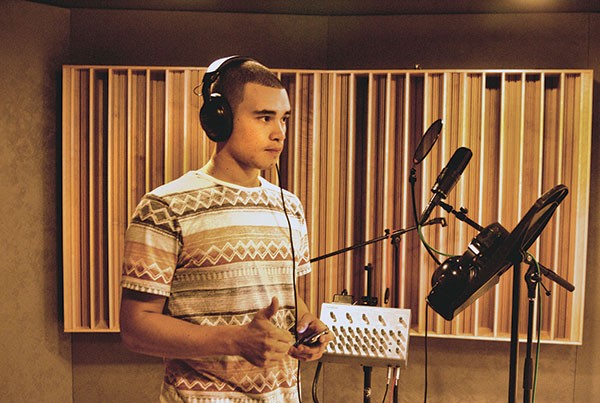 For 18-year-old hip-hop artist Tairey (full name Tairey Perez), the lifestyle and environment of a musician is one he is accustomed to.

"My dad rapped when I was little," he explains of his childhood in Massachusetts. "Him and my uncle and their friends were in a group, and my dad would always take me to the studio with him."

One of his father's rap groups, M-Team, toured often. Sometimes, an adolescent Tairey would tag along.

"Going out of state with him and stuff was more of an inspiration. He had a show in Chicago that I went to where he performed with Lupe [Fiasco]. Seeing that was a huge eye-opener for me."

"When I was about 12, I was just writing raps that had no meaning," says Tairey. "But when I went to Arts Greenhouse, they taught me how to take things that were happening and put them into music."

It's also where he learned how to produce using a MIDI keyboard and production software Reason, among other tools.

These developing skills, as both a writer and producer, are evident in Tairey's four releases spanning the past two years: three albums and one EP. His latest, Decorated Time, showcases a knack for penning engaging, relatable lyrics and catchy choruses. The album's production, collaboratively handled by Tairey and friend Sam Conturo, ranges from an atmospheric style resembling that of A$AP Rocky's go-to producer Clams Casino, to something slightly more monumental-sounding, like N.E.R.D.'s Pharrell.

"When I was making Decorated Time, me and Sam went to Massachusetts for vacation," Tairey explains. "We were in a house with a swimming pool in the backyard having fun. He brought his recording equipment; he had some loops for beats already and I had some on my computer as well and we kind of just mixed them together. All we did was, like, make beats, eat food, write, go swim, write again and then record."