I’ll be honest, we didn’t see it coming either 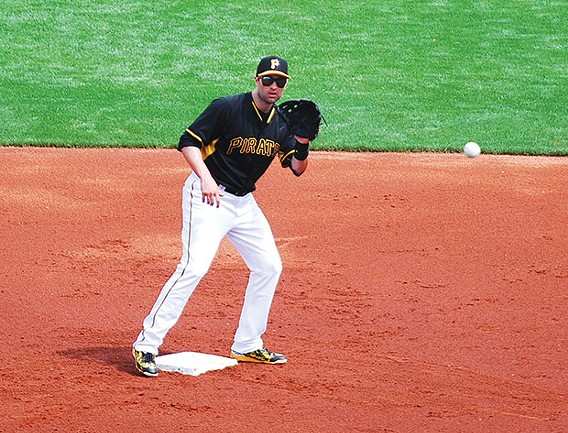 What started a few weeks ago as an idea to figure out who was the best Pirates pitcher of the past 50 years has quickly turned into an obsession. The answer to that question was John Candelaria. Then our formula crowned Kent Tekulve as top reliever, and Bobby Bonilla as best third baseman.

This week, we move to the middle of the field to determine the winner of the Bill Mazeroski Award for best second-bagger since Maz retired. Maz is the gold standard, and all of these guys are just playing for second. Statistics included in the rankings are batting average, runs, stolen bases, RBI, WAR (wins above replacement level), defensive rating, weighted runs created (WRC), OPS (on-base plus slugging percentage), BABIP (batting average on balls in play) and home runs.

10. Jose Lind is the Pee-wee Herman of this list — a respectable career that nobody remembers, overshadowed by a single incident that nobody forgets. For Chico, as he was known to fans and teammates, it was a routine groundball deflecting off his Gold Glove in game 7 of the 1992 NLCS; we all know what happened next. Lind also had a very Pee-wee Herman-like moment at the end of his career, when he was arrested on drug- and alcohol-related charges after he fled the scene of a crash that occurred while he was driving around without pants.

9. Tony Womack stole 122 bases as a Pirate and was caught only 15 times. By comparison, the 2016 Pirates stole 110 bases, but returned to the bench after being called out 45 times. Womack had a better stealing percentage than a really fast “porch pirate” who swipes Amazon packages from your stoop. Womack was an early victim of the annual “Pirates Purge,” when the team sold off good players for nothing. The Bucs sent him to Arizona for Paul Weichard and Jason Boyd. The first guy won two games in the minors and the other guy pitched a total of five innings for the Pirates. Womack went on to win another stolen-base title and get a key hit off Mariano Rivera to help win Game 7 of the 2001 World Series.

8. Carlos Garcia is the guy you forget about, yet who shows up in almost every one of these categories. He never had an outstanding season, just a string of decent ones. He did make an All-Star appearance in 1994 due to the unpopular, and kind of humiliating, “Every team has to have an All Star” rule.

7. Dave Cash arrived in Pittsburgh when second base was a cluster-you-know-what of talent. Mazeroski was winding down his career, Rennie Stennett was on his way up and a young Willie Randolph was climbing through the system. A .285 hitter with the Pirates, Cash was traded to the Phillies, where he made three straight All Star Games. In return, the Bucs got serviceable starter Ken Brett, who wasn’t even the best baseball player in his family (Hall of Famer and pine-tar aficionado George Brett was his more successful brother).

6. Phil Garner makes his second appearance on our lists; he was also ranked among third basemen. In 1978, Scrap Iron played 81 games at second and 81 games at third. That year, he hit grand slams in consecutive games, becoming the first National League player since 1922 to do that. If there’s ever a Pirates all-time utility-player list, a best nickname list or a best facial-hair list, Scrap Iron will be on those, too.

5 and 4. Just like Garner, Freddy Sanchez and Josh Harrison are on both lists. They also tied again, because they are basically the same player. Each was ranked next to the other in most categories. They also were both better defensively at third base than at second. Also, Sanchez earned $31 million in his career and J-Hay will have earned $30 million by the time his contract expires.

3. Like Jose Lind, Rennie Stennett is basically known for one thing, but it’s much better than Chico’s thing. Stennett was the only man in MLB history to go 7-for-7 in a nine-inning game. Only 4,932 loserish Cubs fans were at Wrigley the day Stennett hit two doubles, a triple and four singles, scored five runs and drove in two more. That afternoon alone, Stennett had more hits in a Pirates uniform than Benito Santiago, Felix Pie and Gorkys Hernandez had in their Pirates careers. A stellar defensive player as well, he has the highest defensive rating of any player on this list, at 69.3.

2. Conversely, Neil Walker had a defensive rating of -21.7. Still, the Pittsburgh Kid (the good one, not the one who threatens senior-citizen ladies outside of bars) finishes second for his overwhelming offense. Walker is tops in home runs, RBI, OPS, and WRC. But being so bad defensively and having no speed cost him the No. 1 spot. Because statistically speaking, the best second baseman for the Pirates since Maz left is ...

1. Johnny Ray. I’ll be honest, we didn’t see it coming either. Ray ranked first overall in WAR, second in batting average, second in RBI, second in defensive rating, and second in runs, which is good enough to declare him the second-best second basemen in the post-Forbes Field era. A solid, reliable player, he never played fewer than 151 games in a season and walked more often than he struck out. Ray led the league in doubles twice and came in, you guessed it, second in the 1982 NL Rookie of the Year voting.