Ranking the best Pittsburgh Pirates relief pitchers of all time 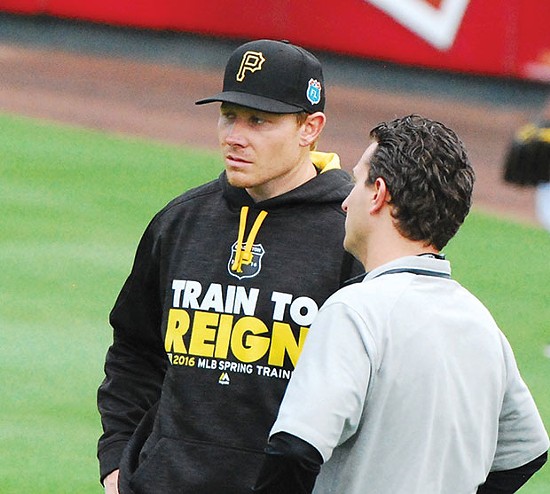 Last week in this spot, I unveiled the Pittsburgh Pirates’ top 10 starting pitchers of the past 50 years. Through a calculated formula, it was determined that the “Candy Man,” John Candelaria, was the best of the bunch. This week, we move onto the relievers, a.k.a. the placekickers of baseball. You’re supposed to do your job without a single mistake, or be booed mercilessly.

Using a similar formula to last week’s — including wins, earned-run average (ERA), batting average against, strikeouts per nine innings (K/9), walks per nine innings (BB/9), fielding independent pitching (FiP), walks and hits per innings pitched (WHIP), clutch performance, runners-left-on-base percentage, wins above replacement (WAR) and saves — enabled us to find the best Pirates relievers since 1967. This award will be known as the Roy Face Award, since Face is the all-time saves leader in franchise history. Face also once went 18-1. He was the model of the modern-day closer.

10. Dan Plesac had the unfortunate luck of always being in the wrong place at the wrong time. He played for the Pirates shortly after the Bucs won three straight division titles. He moved on to the Phillies before they won five consecutive divisions. But Plesac was a guy who came to work. In his 18-year Major League career, he was never once placed on the disabled list. He gets on this list for having a winning record (10-9) in two seasons when the team went 131-175.

9. Matt Capps had more saves than Stan Belinda, a high K/9 innings rate and a low BB/9 innings. Capps had a case of Plesac-itis, but even worse. His whole career, Capps played only for bad teams. He was a Pirate from 2005-09, when the team finished last every year but one — that year they came in next to last.

8. Jason Grilli struck out 12.4 batters every nine innings as a Pirate. For comparison, the all-time leader in that category in the history of baseball is Randy Johnson, who had 10.6. Grilli made it to the All-Star game legitimately in 2013, and not just because they needed a Pirate. Grilli was instrumental in the turnaround year of 2013, when the Bucs mercifully ended 20 years of futility.

7. Bill Landrum saved 56 games for Jim Leyland in his three-year stint in the Three Rivers bullpen. His 1989 season saw 26 of those saves and a 1.67 ERA. Landrum made $75,000 that year — perhaps the best-bang-for-a-Bucco contract in history.

6. Joel Hanrahan might be best remembered for his Lawrenceville-like beard and the fact that he was traded for Mark Melancon. Hammer Time hit PNC for the lean 2009-2012 years. He still nailed down 82 saves and two All-Star games during his tenure, despite being surrounded in the bullpen by guys like Daniel McCutchen, Chan Ho Park and Brad Lincoln.

5. Tony Watson is the only guy on the list who you can still boo. Watson might have been at the top of the list if the category was set-up men. The Pirates’ current closer has put together impressive stats in his six seasons. He’s 26-13 with a 2.56 ERA and ranks high in nearly every statistical category.

4. Rich “Goose” Gossage is the only Hall of Famer on the list. Goose played only one season for the Pirates, but that was enough to warrant inclusion. Gossage would have finished second on a list of Great Baseball Mustaches of the 1970s, behind only Rollie Fingers. In 1977, Gossage had a 1.67 ERA, a WHIP under 1.00, and more than 10 strikeouts per nine innings. The evil Yankees signed him away the next year.

3. Dave Giusti relied on the now-obsolete palm-ball to lead the league in saves in 1971. Giusti pitched 618 innings as a Pirate and hit only one batter. Giusti took over where Roy Face left off, as Danny Murtaugh used him in the same manner. In the 1971 post-season, Giusti pitched 10⅔ innings, allowing no runs and four hits. He still lives in Upper St. Clair, so if you see him around, show some respect.

2. Mark Melancon sometimes made you uneasy, but he really was so good. For example, the worst ERA he ever had with the Bucs was 2.23. Melancon saved 130 games in his time here and had an overall ERA of 1.80. He had the best WHIP of anyone on this list and the fewest walks per nine innings. He never finished a season with Pittsburgh on a losing team. If it weren’t for a shaky postseason against St. Louis in 2013, there’s an argument to be made that he was the best.

1. But that honor goes to Kent Tekulve. Not as intimidating as Gossage, Melancon or Hanrahan, Teke looked more like an accountant or a dentist than a closer. They don’t make lanky, eyeglass-wearing, side-armed pitchers anymore. Tekulve saved more games than anyone in Pirates history, except for Face, and has the best WAR by far of any reliever. The clincher was his postseason performance saving three out of the four wins in the 1979 World Series. He was a workhorse as well, pitching in 1,050 games, which still ranks in the top 10 of all time.