Harry Potter is widely beloved, so he needs to be taken down a peg or two

Even “The Boy Who Lived” should be mocked sometimes

Harry Potter is an amazing, magical, world-changing series of books and movies, but some of its stuff really just doesn’t make sense. The Weasley family, for example, lives in poverty in a world where wizards can literally create just about anything with magic. Conjure up some cash, Weasleys!

John Dick Winters, founder of Pittsburgh-based Race to the Coffin comedy group, says Harry Potter plotholes like these need to be ridiculed. That’s why a group of comedians and improv actors are hosting a Harry Potter roast at Club Cafe on June 2.

Winters says the roast is mostly scripted and will be hosted by an actor portraying Hogwarts headmaster Albus Dumbledore. (A reminder that Dumbledore dies in the Potter world, so no promises on him making it through 90 minutes of roasting.)

Winters says the Harry Potter world is ripe for parody.

“You will see jokes that make fun of all the clichés and also, like, just making stuff up about the characters,” says Winters. “The more abstract and the more from the universe that exists, the better the roast can be.”

Even so, Winters feels shows are best when things get personal. He expects actors to get rude even when roasting the generally upstanding Harry Potter characters.

“One of the best things is when [actors] cross the lines of reality and roast the person playing the character,” says Winters.

The show isn't just for Harry Potter superfans who know every inside joke. Winters believes the roast will appeal to people who know very little about the series’ universe, so no need to read thousands of pages of wizard prose before attending.

“Even if you are not a huge Harry Potter fan, I think you will really enjoy it,” says Winters. “This is not inside baseball.”

One thing Winters can’t predict is how the truly die-hard Harry Potter fans will react to their favorite wizard being mocked. (Any trip to online Harry Potter forums will show you a brutal world more terrifying Azkaban.) But Winters thinks that will make the roast even funnier.

“We haven't had a roast for a character that has quite [this] much devotion before,” says Winters. “I don't think someone would get upset, but to me that would be hilarious.”

For America's funnyman Neil Hamburger, subversion of expectations is all part of the show 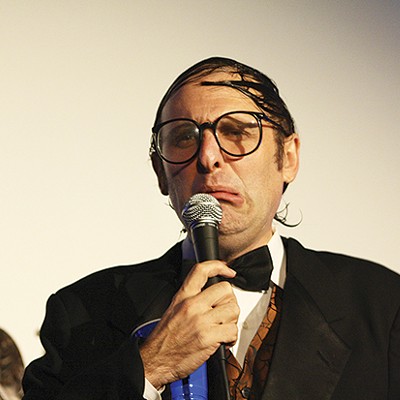 As a performer and producer, John Dick Winters is a big part of Pittsburgh’s comedy scene