Rabbit Rabbit releases a song a month, and brings them to Garfield Artworks this weekend | Music | Pittsburgh | Pittsburgh City Paper

Rabbit Rabbit releases a song a month, and brings them to Garfield Artworks this weekend

The duo has an electronic subscription service that includes photos, videos and other semi-ephemera. 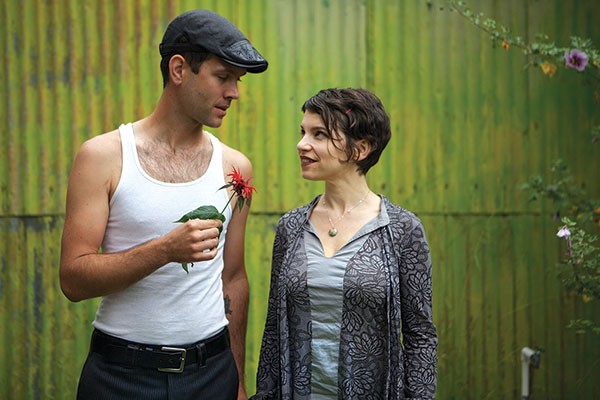 Photo courtesy of Eurydice Galka
A song at a time: Rabbit Rabbit

As music distribution goes digital, one of the oft-lamented casualties is context. Vinyl albums and CDs used to have covers, liners, photos and often lyric sheets, but when we download an MP3 we might not even get the entire album, much less the bells and whistles. One way to combat the problem is to go back to vinyl, but another, more novel approach is to do what Rabbit Rabbit has done — offer an electronic subscription service that includes photos, videos and other semi-ephemera along with a new song each month.

Rabbit Rabbit is the project of Boston's Carla Kihlstedt and Matthias Bossi, a wife-and-husband team that's played most notably in Sleepytime Gorilla Museum, and done session work with plenty of well-known names. The pair started Rabbit Rabbit as a subscription service last year, making songs available only to members of their Rabbit Rabbit Radio site. The concept combines the idea of the monthly-delivery service that's become so popular again lately (think Birchbox) with digital music distribution and a little bit of crowdfunding.

If the whole scheme brings to mind fellow Bostonian Amanda Palmer, so will the music to an extent — avant garde, with some classical underpinnings, and a lot of variation. The duo's new Rabbit Rabbit Radio Vol. 1 collects the songs that have come out via the project so far, and they're far-reaching, as you might expect from a project that releases one track at a time. There's a song that sounds distinctly like Bowie, and one that could pass for Bjork circa Vespertine.

With the first collection of tunes out, Rabbit Rabbit hits the road this summer; on Sunday night, the duo stops at Garfield Artworks to play with atmospheric big ensemble The Soil and the Sun. Expect a little bit of everything, and a healthy dose of innovation.