"I knew everyone would immediately think of those ‘Jingle Bells' dogs, so I made these dogs sound like they went to Julliard." 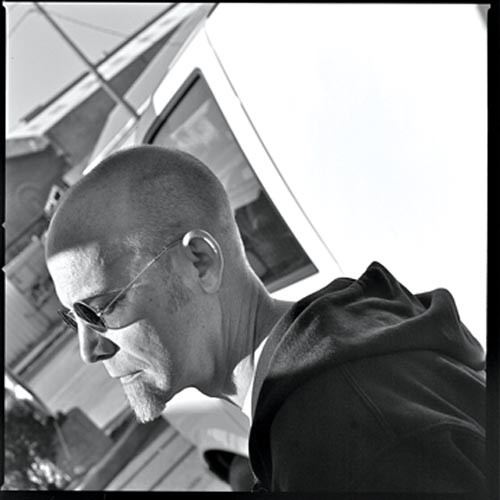 R. Weis is an unknown quantity in Pittsburgh. He doesn't play live. His new album, Excitable Audible, is his first in years. Those in town who are familiar with him are art-scene folks; his sound art has made its way into installations at the Mattress Factory and Pittsburgh Filmmakers Galleries.

Where much of what's called "noise" today serves to obscure notions of music and its palatability to the average ear, Weis' project is sort of the opposite: He takes noise samples he's recorded ("Used Wad of Painter's Tape Hitting Aluminum Trash Can," "Two Cardboard Tubes Dropping") and, by manipulating them, makes something rhythmic and cohesive that is essentially pleasant, if oddball, music.

A Jeannette native, Weis moved to New York City in 1982. "All of my friends were moving to New York, L.A., San Francisco," he explains. "We were the 15 weirdest people in Pittsburgh at the time."

Originally a poet, he began incorporating sound into his readings; his first medium was answering-machine tapes. Eventually, he lost interest in reading his poetry, and sound art became his main passion.

Weis returned to Pittsburgh in 2006, taking up residence in the Mexican War Streets. He's done collaborations and installations at galleries worldwide, including one in Paris, where he exhibited a piece called "Dog Choir." ("I knew everyone would immediately think of those ‘Jingle Bells' dogs, so I made these dogs sound like they went to Julliard," he says with a laugh. The piece, which sounds at times like a dog chain-gang and at others like a dog Druid-worship service, is both unsettling and hilarious.)

Weis found that audiences respond to his projects better when they know what the samples are; on Excitable Audible, he lists the 19 samples that make up the 50-minute album. The songs end up, with all the manipulation, sounding like they could just as easily be synthesizer music. So why not just play synthesizer music?

"It's not as fun to me!" he says. "What's fun is pressing a key and having a bunch of sounds come out -- not just one sound. That might drive a musician crazy if they did it, but it's what I like."

R. Weis and some of his sound art can be found online at www.rweis.com.