Quarantunes, a series of at-home performances to bring a little enjoyment to your day. 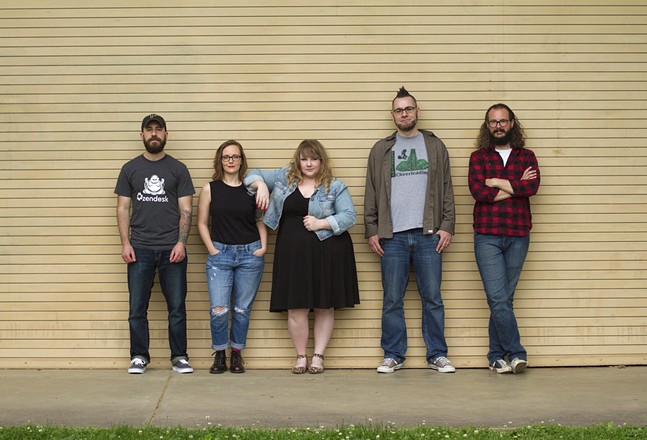 Starting out the series is Addi Twigg and Joe Gustafson from pop-soul outfit, The Telephone Line. Led by the strong vocals of Twigg, the five-piece band, which formed in 2013, has become known around the city for their electric style and performances that are both energizing and soothing.

In 2015, The Telephone Line released its debut album, Tied Up, and single "Caving In" followed two years later. They are currently in the process of recording their sophomore album with Pittsburgh producer Jake Hanner, who has worked with Brooke Annibale, Bindley Hardware Co., and The Buckledowns, among others.

"We have a bunch of new material and we're really excited about it," says Twigg. "We're leaning more pop this time."


Enjoy their Quarantune performance, an acoustic version of "Leave You Wanting More" from Tied Up, and find out more about Twigg and Gustafson below. (Questions answered by Twigg)

What's been your favorite thing to do while home?
Taking a solo walk every day. I get out of the house, I get some fresh air, I listen to a podcast, I stop obsessing over things for a while.

Name a song that you feel encapsulates our current state.
Our song "Back Off" gets right to the point. Stay 6 feet apart, people! (We don't have a studio version yet but our Ladyfest performance is on YouTube.)

If you could go to one place right now, where would it be?
On stage. We miss playing shows and watching our friends perform.

How can people support your music during this time?
As always, you can purchase it online or stream for free on Spotify! But we want to turn the attention to our friends who make music for a living, like Feralcat (Roger Romero) and The Commonheart. Artists share links and ways to support them every day, so be on the lookout! You can also buy merch from The Rex Theater and Grey Area Productions to support their staff while they're laid off. If you have the means, opportunities to support others are everywhere.

Speaking of Quarantunes , The Telephone Line 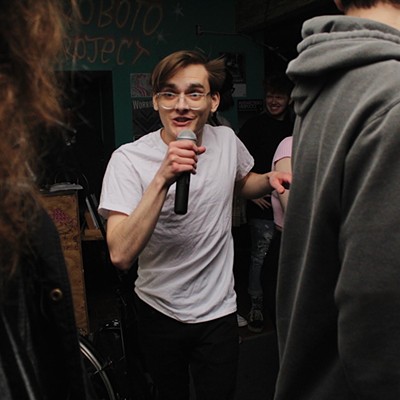