You may grow genuinely unnerved by several of the play's more creepier moments. 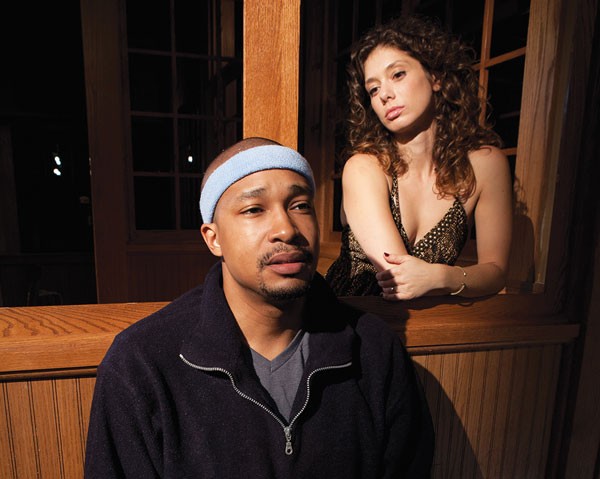 Quantum Theatre's Parlour Song, directed by Martin Giles, is a 2008 domestic drama with a touch of the macabre.

Playwright Jez Butterworth sets the play in his native English midlands, where Ned (Cameron Knight) is a demolitions consultant with a bizarre problem: Every few days, he finds another of his possessions has gone missing. It starts small, with scissors and cuff links, then progresses to unreasonably big items, as he begins to lose his mind. The other characters are Ned's neighbor Dale (Brendan McMahon), who doesn't know how to help, and Ned's wife, Joy (Sarah Silk), who doesn't care to.

All three actors do great jobs, especially in the more lighthearted scenes. Knight is particularly praiseworthy: In a few key scenes, he brings the audience from amusement to terror and back again.

The actors, in fact are nearly flawless, except — the draw of all fiction is its ability to take you on a journey. Thanks to the magic of Theater Accents, you can travel to distant lands in the blink of an eye. And unfortunately, line deliveries in this play occasionally jaunt from the "luv" of a Scousey Liverpool native to the "thet" of a more guttural Australian and back again.

That aside, the production is charming. Quantum's venue this time is the interior of what used to be a Fuddrucker's. It's a fun concept, casting a restaurant as a house, and the space's unusual shape is used to good effect, particularly in how the lighting design directs your gaze. Three distinct rooms are portrayed side-by-side with plenty of space to breathe: Joy, for example, spends much of the play lurking the background, idly drinking. It's little things like this that make a character memorable.

The sound should be praised as well. Although the former restaurant was designed to exude bland comfort, you may grow genuinely unnerved by several of the play's creepier moments, thanks in large part to the production's unearthly soundtrack. If you want a late Halloween story without monsters or ghosts, Parlour Song is superlative.