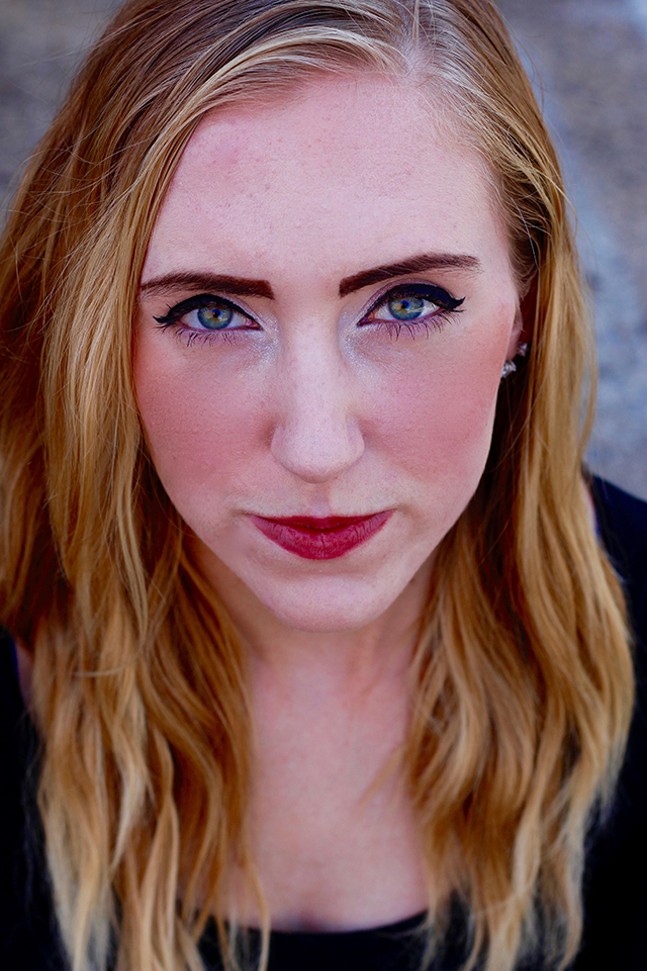 Author Rachael Lippincott fell in love with writing young adult fiction while taking writing classes at the University of Pittsburgh. After graduating in 2017, she got a call about an opportunity to adapt the screenplay for the upcoming film Five Feet Apart into a novel. The story centers around two hospitalized teenagers, one with cystic fibrosis, whose love is hindered by the fact that getting too close could endanger their health. Five Feet Apart (the book) has now been on the New York Times bestseller list for 12 weeks, and Five Feet Apart (the movie) will be in theaters on March 15.

Lippincott will appear at Bookish in the ‘Burgh, a teen book festival part of the Pittsburgh Humanities Festival, on March 23.

How did this opportunity come about?

I took "Writing Youth Literature" 1 and 2 with Siobhan Vivian. We stayed in touch after I graduated in the winter of 2017, and she called me at the end of February and said that there's this open assignment at Simon & Schuster to take a screenplay and turn it into a book.

I got the screenplay and I wrote a sample first chapter and I got picked to do the rest of the book.

Were there certain parameters in adapting things you had to keep, and areas where you had more creativity?

The biggest thing was probably that the screenplay is pretty much told from Stella's point of view, who's one of the main characters. Going into the book, my editor had this idea to do dual POV between Stella and Will [the love interest]. It was a lot of adding his back story and making that come out on the page.

The screenplay, every addition of it had been read by Claire Wineland [who passed away in 2018], who was a CF advocate, and she had cystic fibrosis, and I think it was really great getting a screenplay that had been so carefully constructed in the first place.

Did you do a lot of research into cystic fibrosis?

When I first got it, the screenplay had been through numerous additions and each one [Wineland] had looked at, but on top of that, the screenplay writers pretty much told me "Watch Claire's videos." I was on YouTube constantly learning about different things like wearing the AffloVest, and just trying to learn as much as I could.

On top of that, my drafts were vetted by a CF advisor that actually worked on the film, so that was an interesting process.

Has the book gotten a response from CF patients?

Yeah absolutely. If anybody messages me saying that they have CF or saying that they've read the book and they're a parent of someone with CF, I obviously am always more than open to talking to them.

It's a bit of a controversial thing in the community right now. I can say that at the outset of this, it came from [director] Justin Baldoni and Claire Wineland's friendship and the outset of it was really a pure-hearted intention to raise awareness about cystic fibrosis.

With that, people are worried about the romanticization of the relationship between the two characters. I think a lot of people just tried to portray it as accurately as we could. Raising awareness was what this entire project was built on. I'm positive that it won't ring true to some people's experiences, and I'm always more than open to talking about it and learning.

What's it like having this amount of success and hype for your first project?

It's definitely very exhilarating and exciting, but then there's the pressure of like, "what're you gonna do next? Will any of my other books ever be this successful?"

I'm enjoying it for now. I actually did an interview with Siobhan and she said something along the lines of, it's important that I embrace the opportunity, embrace the moment, don't let it overwhelm me. I think that's honestly the best advice to have.

Why do you think the young adult genre is special?

It's just so universally relatable. I think if you're a teenager you can pick up a young adult and you're like, "this is my experience right now" and if you're a twentysomething like I am, you can pick it up and be like "ah the memories."

I think it's a genre that can really be understood by a lot of people and it just has this really important heart to it. Young adult times are just this really special time where you're trying to figure everything out. One of the first people to tell me about reading Five Feet Apart was actually this 70-something year old man from back home. He was like 'I read it in two days.'

Do you feel like there's a growing young adult scene in Pittsburgh?

Absolutely. I think [Bookish in the ‘Burgh] is one of the coolest things they could be doing right now. I think bringing in this component is just kind of putting Pittsburgh on the map in a really new way.

There's obviously a huge group of people that are so interested in having this event and having it happen in future years.