“I never felt an orchestra just dive into something with that much bravado before.” 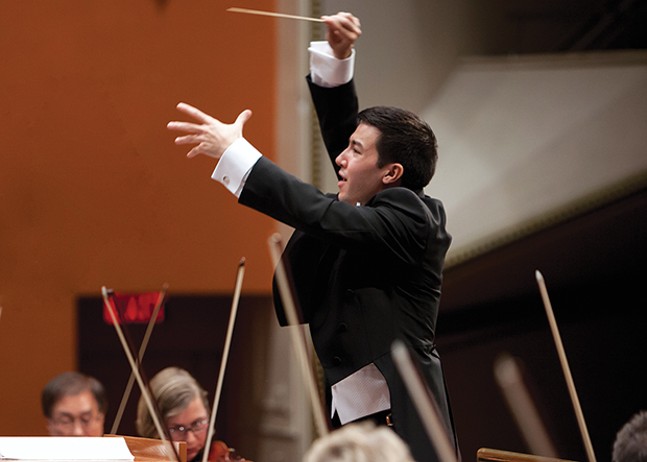 After three years as associate conductor for Pittsburgh Symphony Orchestra, Francesco Lecce-Chong is moving on. City Paper caught up with him ahead of his departure to discuss scoring Star Wars, the Mos Eisley cantina song, the state of classical music, and click tracks.

When you started three years ago, what was your first impression of the Pittsburgh Symphony Orchestra?

This orchestra has a personality. It has a way of playing together. I felt swept up in it. It was an incredible feeling. I never felt an orchestra just dive into something with that much bravado before.

What makes you optimistic about the state of live classical music in 2018?

My personal opinion is that right now is the most exciting time for orchestras because [even though] we’re experiencing growing pains, we’re trying new things. We’re not just sitting back and letting things be as they are. Diversity is a [still] huge problem but up until about twenty years ago, nobody was even admitting that it was a problem. But it’s baby steps.

The bottom line for me is that no matter where I am, if I’m in a taxi cab, if I’m in the airport, if I’m visiting an elementary school, there is never one single person I’ve met where I didn’t tell them what I do and they weren't like, "Oh that's awesome, I’d love to check that out." There’s not a problem with what we have, it’s the way we present it and it’s the way we appear. Frankly, we’re just not that accessible sometimes, we don’t show enough joy in what we do.

One of the big things that's helped me put myself in the community here is being a massive Star Wars fan. My introductory concert was at a 5000-person amphitheater and right off the bat, I did a whole bunch of classical selections, but then I did the "Throne Room" theme. I had this little lightsaber baton and the audience went nuts. And that's why people feel comfortable with me now. "That’s the Star Wars guy." That's awesome. Because I take John Williams seriously as a really legit incredible composer, they’re more willing to listen to me when I talk about [Russian composer] Alexander Scriabin.

What are the logistics of staying in sync with the live performance of Star Wars?

The interesting thing about Star Wars is — I was kind of appalled by this — they offer a click track for the whole orchestra and the conductor. So [there’s] this little annoying thing you put in your ear and it’s going tick the entire time. I learned really early on that I absolutely hate that.

If you do all this work to be with the click track, the original movie music does not line up. The click track is the easiest way to get from point A to point B, but it’s not actually [in time] with the music. I want to interpret it how I feel and allow it to kind of push and pull. There’s some great moments, especially with the throne-room sequence at the end, where I really want to spout these massive ritardandos like it was done in the original movie. I’ll purposely get ahead of the visual click, and then I can do [a] massive hold-back at a key moment.

You didn’t do the Mos Eisley cantina song.

That killed me. I didn’t know how it would look until I got the score, but I had a feeling they wouldn’t let us do the cantina scene … It’s all a jazz band. We’d have to hire, like, eight extra musicians just to play four minutes. It’s too bad on one hand, because I really wanted to do it; on the other hand, I really needed that eight-minute break. I think it was good for morale.