CP Photo: Jared Wickerham
Pulitzer Prize-winning author David Garrow inside his Squirrel Hill home
Last month, two of the men convicted in the assassination of civil rights figure Malcolm X were exonerated by the New York Supreme Court. The exonerations were the end of a long journey of reports and investigations into the convictions of Muhammad A. Aziz and Khalil Islam, which were suspect from the moment they were handed down in the 1960s as both men had alibis that showed they were never present in the ballroom where Malcolm X was shot and killed, and their convictions rested on inconsistent eye-witness testimony.

Thanks to state and federal archives, most of the evidence that showed Aziz and Islam had no part in Malcolm X’s murder was publicly available, but connecting the dots required mountains of work. Integral to that work was Abdur-Rahman Muhammad, an activist and part-time journalist who helped gather all the information, investigate new leads, and piece together the narrative that Aziz and Islam were innocent, and that another person was likely responsible. He was recently featured in the 2020 Netflix documentary series called Who Killed Malcolm X?, which sparked renewed interest in the case from Manhattan's District Attorney, who eventually requested the exonerations to the New York Supreme Court.

While Muhammad was chief among the people responsible for the exonerations, he wasn’t the only one who played a role. Another important piece was Pulitzer Prize-winning author and Pittsburgh resident David Garrow.

Garrow, a former law professor at the University of Pittsburgh, has written extensively on the civil rights movement of the 1960s and, through his writings and research, revealed the extent the Federal Bureau of Investigations was utilizing high-level informants to spy on figures like Martin Luther King Jr., head of the Nation of Islam Elijah Muhammad, and Malcolm X. He was also featured in the Netflix documentary and worked with Muhammad on his investigation.

Pittsburgh City Paper sat down with Garrow at his home in Squirrel Hill to talk about the exonerations, the FBI’s role in the killing of Malcolm X, and how the media can help in correcting the narrative and establishing a more truthful historical record.

This interview has been edited for clarity and space.

The National Archives have released many files over the years relating to Malcolm X and the FBI. Were those releases integral to the exonerations?

There's almost nothing new this last week, or these last few months, about the facts that Abdur-Rahman, myself, and anybody else interested didn't already know. It's simply the result of a political process spurred by the documentary. The documentary got New York County, which is what they call Manhattan DA’s office, to finally reopen this. Once they reopened it, it's a sort of slam dunk. No one other than, you know, less than half a dozen people who testified at the trial back in ’66. No one other than these erroneous eyewitnesses has ever believed [Aziz and Islam] … were there.

Now, there was an effort in the late ’70s when [Talmadge Hayer, aka Mujahid Abdul Halim] first gave his true confession [to playing a role in killing Malcolm X]. But part of the problem was that the folks leading it, primarily Bill Kunstler, a radical white lawyer, the New York police and judicial establishment just didn't want to take someone with Bill Kunstler’s pedigree terribly serious. … So the thing sort of went into the backburner, or it didn't change until the Spike Lee movie [Malcolm X] came out in ’92, early ’93. Which is what led me to write this op-ed [titled “Does anyone care who killed Malcolm X?”]. This was back when op-eds really meant something. So this was the Sunday New York Times, most of the op-ed page. … And I was stimulated to do that because of the companion book that the Spike Lee movie people put out with the movie which highlighted just how indefensible [the convictions of Aziz and Islam were.]

And this is the most important thing, by ’66 they had multiple high-level human informants in the Nation of Islam and that, to me, has always been, from my perspective as a historian, getting [Aziz and Islam] exonerated is a slam dunk. It finally happened. It's great that it finally happened.

I was really interested to learn that the FBI was surveilling Malcolm X basically more than anyone. What was the rationale behind that? Because Malcolm X, he did have a criminal record, but when he started getting surveilled, he was mostly just a preacher for the Nation of Islam.

Fear. The fear is that this was an all-Black and, rhetorically, anti-white group. But it was, to a large degree, a misperception because while the Nation of Islam was highly violent, it was so only between its own members. ... The Nation of Islam was apolitical. They didn't champion a revolution. They championed racial separatism and stayed away from anything political. Only when Malcolm quits the nation in ’64 does Malcolm become political. But the bureau was never, and I should really stress this … but while Malcolm was still alive, they never feared Malcolm as much as they feared the NOI.

Oh, correct. There was a huge change in the mid ’80s after [former FBI director J. Edgar Hoover] died, when first, the Church Committee, which was a special Senate committee, and then the House Assassinations Committee, soon after that, looked into things. And there was a huge cutback in human informant stuff. And the Foreign Intelligence Surveillance Act that got so much coverage back during the Trump years with that Carter Page fuckup. FISA was another byproduct of what happened in the mid ’70s, the notion being that all wiretap authorizations would be signed off on by this special secret court, rather than just by the Justice Department itself.

Now, the court turned out to be incredibly passive. And as we've seen, the FBI has had, in recent years a fairly high error rate because that Carter Page guy should never have been surveilled. But back in the ’60s, a wiretap, all it required was the FBI to persuade the Attorney General to sign off. And microphones didn't even require that.

What does this story say about civilian investigators or, really, civilians' role in these exonerations?

The thing I really want to stress, and this is super clear in the documentary, all of the attention to this and the exoneration of [Aziz and Islam] is number one due to Abdur-Rahman. And Abdur-Rahman is a stellar example of how you don't need a Ph.D., you don't need a faculty appointment, you don't need a Pulitzer Prize to do really important, really path-breaking work. His dedication and courage and investment, and given that he himself is Muslim and Black, as we see in the film, he's able to walk the streets of Newark not only in a way that not only could white guys not, but the Black journalists who don't have the Islam cultural immersion could really pull off. 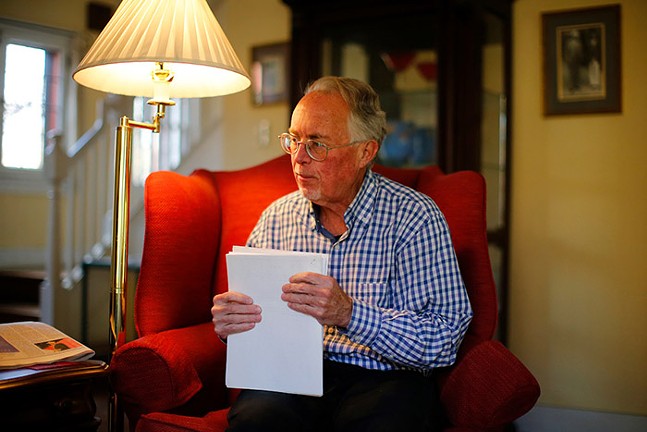 I'd be curious for you to elaborate a little bit about the historical record changing. As someone with your expertise who documents all this stuff, what would your message be to readers who want to understand the Malcolm X exonerations, or any exoneration in a broader context?

I've said multiple times over the years that I always thought Malcolm's assassination was the greatest tragedy of the ’60s compared to the other killings. Because Malcolm had so much of his life still ahead of him. And so much interfaith or multi faith and multi-racial potential. If you understand how he was evolving politically, that lasted, like, 11 months of his life.

By the time that [Martin Luther King, Jr.] is killed in ’68, King is really exhausted, worn out, and feels used up. …

But up until the early ’90s, Malcolm was not a culturally celebrated figure, and that the movie changed that and [Manning Marable’s biography Malcolm X: A Life of Reinvention].

Because up until, and even including the Spike Lee movie, there was this cultural presumption that Malcolm and King were opposites and enemies, and [author James H. Cone’s] work really changed that. It's a big academic book called Malcolm and Martin in America, but the trickle down impact of that, as it got sort of absorbed by people like Cornel West and Mike Dyson, who were both sort of, in a way, disciples of Cone. So nowadays, I don't think you're going to find random people who think of Malcolm and King as enemies, but up through the ’80s, that was what it was.

FBI declared Pittsburgh a new white supremacy hub, but it has been this way for decades