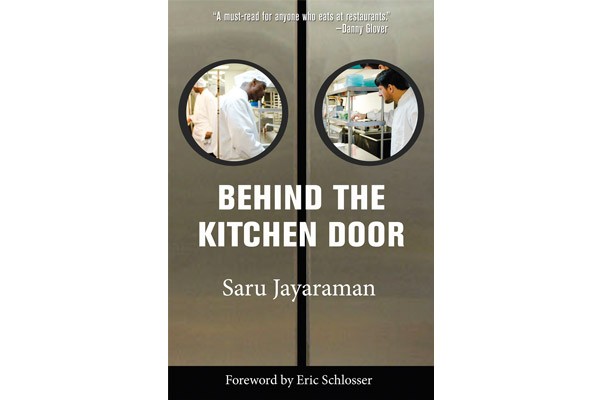 Behind the Kitchen Door

When it comes to dining, much ado is given the food: where it comes from, how it's grown, how the people and animals behind it are treated. Not much attention is paid to the people who prepare it, cook it and serve it once it reaches your local eatery.

For the last decade, the Restaurant Opportunities Centers United, or ROC,  has been trying to change that. ROC got its start after Sept. 11, 2001, to help restaurant workers from the World Trade Center get back on their feet. Soon after, the group heard from workers about conditions in other restaurants. Since 2001, ROC has grown to 10,000 members in 19 cities, including a branch in Philadelphia that's been operating for about a year.

"The industry has grown so fast in the last decade. ... It's neck-and-neck with retail as the nation's largest private-sector employer," says Saru Jayaraman, co-founder and co-director of ROC and director of the Food Labor Research Center at University of California, Berkeley. "And unfortunately, being the largest employer, it also generates the lowest-paying jobs."

Indeed, the federal minimum wage for tipped workers is only $2.13 per hour. Many food workers are homeless or housing-insecure, and have no access to benefits. And Jayaraman says that ROC research shows that 90 percent of workers don't have paid sick days.

"That means two-thirds of the more than 5,000 [workers] we interviewed are cooking, preparing and serving food while sick," she says. "That isn't healthy for anybody."

ROC's work is rooted in policy and legislative changes, while generating awareness. The group focuses on three areas: raising the federal minimum wage for tipped workers; providing paid sick days and benefits; and increasing mobility in the industry.

Last year, ROC began publishing an annual Diner's Guide to Ethical Eating (this year with an accompanying smartphone app), which provides information on wages, benefits and promotion practices of 150 restaurants from across the country.

It also lists "high road" restaurants —restaurants that support ROC's guidelines and treat their workers fairly. Many of the restaurants in the guide are chains, but there are also eateries from cities in California, Illinois, New York, Michigan, Texas, Washington, D.C. and Pennsylvania; ROC plans to expand the list each year. There are no local Pittsburgh restaurants listed in the guide, but many of the chain restaurants located in the region are included.

The goal of the guide isn't to tell people where not to eat, Jayaraman says. She hopes that it sparks awareness and discussion about another side of the food industry, similar to how books like Fast Food Nation shed light on the fast-food industry, or how The Omnivore's Dilemma tracked where food comes from.

After those books were published, "We saw a consumer-driven moment — consumers asking, ‘Is this local? Is this organic?'" says Jayaraman. "It resulted in the industry making a dramatic change in the last five years. More and more restaurants are providing locally sourced and organic items."

Jayaraman wants diners to use the guide to talk to restaurants about how they treat their workers, and the guide provides tools — from suggested social-media strategies to tip cards.

And whether it's a chain or local restaurant, "everybody can do better," she says.

"We really feel like if people ... speak up every time at the end of their meal, that the industry will respond, because they will hear that customers care about the issue and they'll begin to move," says Jayaraman.  "It's really going to take consumer power to get them to take the next step."

On Feb. 13, Jayaraman's book Behind the Kitchen Door will be published, and she's encouraging diners to read it to raise popular consciousness. And there's reason to be hopeful, she says. In 2012, two U.S. Congressmen proposed raising the minimum wage for tipped workers and non-tipped workers — the first time such legislation has been considered in more than a decade, she says.

"Once people know the conditions and the facts, they'll see it impacts their health as much as the health of the farm workers and [of] pigs they're eating," she says. "We're saying this year, don't just eat right, eat just."