The conservative "sting" artist has been criticized and sued for deceitful reporting tactics, and will be participating on a panel at Duquesne University on Monday. 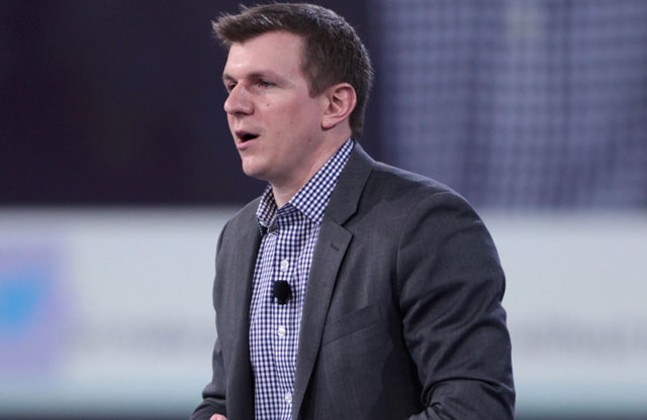 Photo: Gage Skidmore
James O'Keefe
This Sunday and Monday, Duquesne University is hosting a National Conference on the First Amendment that will include prominent journalists and thinkers from across the country. Washington Post executive editor Martin Baron, former Time magazine editor Nancy Gibbs, and former Pennsylvania Governor Tom Ridge will be in attendance.

The conference is all about moving above the fray and re-establishing the freedoms granted to Americans.

The event's website reads: “At a time when incivility and disregard for foundational principles have become the norm in our society, all Americans — regardless of ideology or politics — can find common ground in a national celebration of the First Amendment.”

But one conference guest and panelist is raising eyebrows: James O’Keefe.

O’Keefe is founder and CEO of Project Veritas, an organization that performs undercover “sting” operations primarily on liberal groups. Project Veritas raises most of its money through a conservative nonprofit and received thousands of dollars from President Donald Trump’s former charity, the Trump Foundation.

O’Keefe and Project Veritas recently came under intense criticism for a failed attempt at stinging the Washington Post. Jaime Phillips of Project Veritas falsely claimed that former U.S. Senate candidate Roy Moore had impregnated her when she was a teenager. The Post found a GoFundMe account in Phillips' name that stated "I've accepted a job to work in the conservative media movement to combat the lies and deceipt [sic] of the liberal MSM." The Post then ran a story about how Phillips and Project Veritas had tried and failed to deceive its reporters.

The Duquesne Duke student newspaper published an editorial condemning the decision to include O’Keefe at such a prestigious journalism event.

“What O’Keefe has gained fame for is not even remotely close to journalism; it is essentially lies and propaganda which push his right-wing agenda,” wrote the Duke editorial board.

Project Veritas typically uses undercover recordings to get information. In many states, it can be illegal to record people without their permission. Project Veritas has also been criticized for heavily editing videos and not portraying subjects accurately.

“There is no responsible definition of journalism that includes what he does or how he does it,” said Kaplan.

Duke editor-in-chief Raymond Arke says he and his staff felt the need to write the editorial to inform students about O’Keefe’s record.

“Students should know there is this guy here who doesn’t stand with the rest of these journalists,” says Arke. “It kind of does a disservice to say they are somehow comparable.”

Duquesne University President Ken Gormley says the goal of the conference was to discuss the importance of the First Amendment. He defends the inclusion of O’Keefe.

“While we may not always agree on the issues of the day, one of the pillars of the First Amendment is that we all have the right to express our views,” says Gormley. “This conference continues the University's commitment to civil discourse and discussing complex and challenging issues in a respectful manner.”

O’Keefe will sit on a panel called “First Amendment on the Edge: New, Controversial and Outlier Approaches,” with former Tribune-Review columnist Salena Zito. He is described on the Duquesne University website as an “investigative journalist.”

Arke says he hopes the panel questions O’Keefe’s methods critically. While Arke and the Duke are not calling for university officials to pull his invitation, they wished other alternatives were selected.

“Baited questions and edited videos aren’t journalism,” wrote the Duke editorial board. “We feel it would have been appropriate to include some kind of real boundary-pushing journalist, like [New Yorker writer] Ronan Farrow or [Washington Post reporter] David Fahrenthold.”

“A conference on the First Amendment isn’t worth much if it doesn’t reflect the range of ideologies and attitudes that are exercised every day under the amendment itself,” says Root. “As a community foundation, one of our goals is to revitalize citizen engagement with democratic institutions. The conference helps accomplish that, especially in discussion and testing of practices that many believe ought not to be covered under the First Amendment.”

Tony Norman is a columnist at the Pittsburgh Post-Gazette and will be speaking at the conference, though not in a panel with O’Keefe. Norman says he probably wouldn’t have invited O’Keefe to the conference given his record, but believes the attendees will understand that O’Keefe doesn’t sit at the same level as some of the journalists in attendance. He doesn’t denounce the decision to invite O’Keefe.

“Honestly, I doubt if anyone is under the impression that Project Veritas is on the same level as [Washington Post, New York Times], or any of the legitimate journalistic organizations represented at the conference,” says Norman. “To me, it looks like an attempt to have a radical conservative voice at the table. I don’t have a problem with [Project Veritas] being there because James O’Keefe’s record as a lying scoundrel will be a part of his project’s history. … This is a conference about freedom of speech. I suppose bad speech counts, too.”

The panel that O'Keefe is appearing on will be moderated by Point Park University's Andrew Conte, who says the decision is in line with the First Amendment theme of the conference.

“It is a First Amendment conference, that was an important part of informing the decision of why having something like James O’Keefe there made sense,” says Conte. “The First Amendment protects all of our speech, even stuff we don’t like. If people don’t like it, people can come back and file lawsuits afterword.”

According to the New York Times, in 2010, O’Keefe and others pleaded guilty to misdemeanor charges of entering a federal office under false pretenses. Also in 2010, the California Attorney General asserted that an O’Keefe video misrepresented nonprofit workers in attempts to portray misdeeds at Association of Community Organizations for Reform Now (ACORN). An ACORN worker then sued O’Keefe for invasion of privacy, and O’Keefe settled and paid the worker $100,000.

Though U.S. Congress removed funding for ACORN largely in part to the release of the video, the U.S. Government Accountability Office later released a report clearing ACORN of any misdeeds.

Conte says he will be asking O’Keefe about his methodology.

“If he is sending in a reporter to pose as something other than a journalist, is that really a legitimate way to do journalism?” says Conte. “On the other hand, his work does show that people will say things that people wouldn't say if they knew a journalist was there. It will be an interesting back and forth.”

“The question will be how people feel about that and is that a legitimate way to do journalism,” says Conte.


We’ve gotten two teacher union presidents to resign this year for covering up child abuse. Government auditor and DOJ official resigned and ethics probe launched. You omitted all those results out of this in an effort to smear @Project_Veritas. Include our full record. https://t.co/RQ5moifgPt


NJ.com reported in May of 2018 that a Project Veritas video led to the suspension of a New Jersey teacher's union official.

The First Amendment Conference will be held Sun., Oct. 21 and Mon., Oct. 22 on the Duquesne University campus. O'Keefe will be speaking at the "First Amendment on the Edge: New, Controversial and Outlier Approaches" panel at 4 p.m. at the Power Center Ballroom on campus.