"It's not just about, ‘Oh, we need to tell someone to use a condom.' It's a lot more complicated." 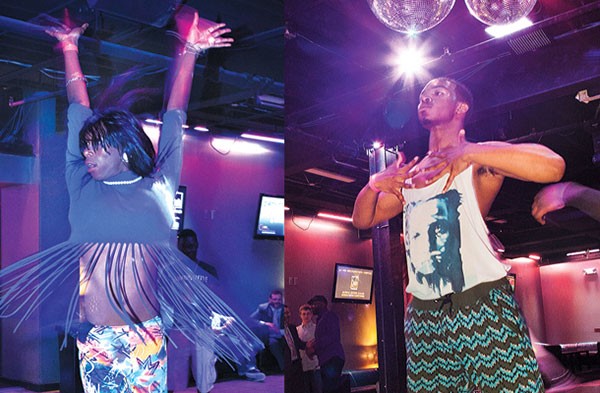 On a hot summer evening 10 years ago, 14-year-old Michael Brookins stood — in shoplifted designer clothes — at the entrance to what looked like a vacant building in Homewood.

What was going on inside would change his life forever.

From the sidewalk, Brookins recalls today, "It look[ed] like there's nothing going on. But when you walk in there's this whole party."

It wasn't the blaring house music or multi-colored disco lights that overwhelmed him. It was the blur of men in rhinestone blazers, high heels and v-neck shirts that opened to the base of their chests. Some men wore makeup — and some of the women looked a lot like men.

Yet by the time he made it upstairs, where he saw men in heels strutting in front of a wall of mirrors, the strangeness morphed into a sense of familiarity.

"I don't know what took over me, but I was way too comfortable," Brookins recalls.

Brookins was well-liked at school: He played football at Wilkinsburg Middle School and served as a mentor to other students. But he sometimes found himself attracted to teammates or the brothers of girlfriends. And sometimes, when his mom was at work, he'd put on a pair of her heels and parade around the basement.

"I just considered it being goofballs and clowns," Brookins says. But now he was watching other men do the same thing — and they weren't clowning at all.

He watched one person after another strut down the runway. It was, he would later learn, a European-style competition — lots of spins and tricks. "It's about your personality and your walk and how you bring it to the floor," Brookins says.

And though he didn't quite understand the rules governing the competition, "It didn't take no hesitation. I just went out there," says Brookins. Even as he took the stage, his mind swirled.

"You're being gay right now," he thought. And then a switch flipped:

"All the shit I was doing this whole time — this is why."

The judges and audience "really, really liked me," says Brookins. "I never thought of myself as being gay before then." 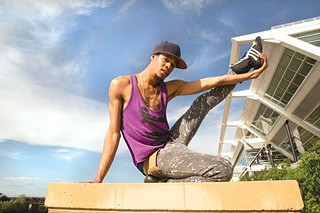 Brookins had stumbled into the ballroom community, a world populated mostly by black and Latino gay men and transgender women — and invisible to most other Pittsburghers. The scene revolves around "house balls" where members compete against each other in a variety of events, ranging from fashion-model runway posturing to the acrobatic angular dance style known as "voguing."

With a few exceptions — like Madonna's 1990 song/music video "Vogue" and Jennie Livingston's documentary Paris Is Burning — the scene has drawn little mainstream attention. But some local public-health experts have been taking a closer look, partly in response to an ongoing national health disaster: By the time a black gay American male reaches middle age, his chances of being infected with HIV are about the same as a coin toss coming up "heads."

Trying to lower those odds, in fact, has become a central part of Brookins' life. It's the reason he helped devise Project Silk, a unique attempt to provide a community space where members of the local ballroom community could get an HIV test, practice dancing and hang out in a safe place. Because a decade after walking his first ball, Brookins hasn't forgotten the feeling of belonging that came from that performance — or the uncertainty he felt afterward.

‘I was dying for family'

Kenny McDowell is serving up questions along with the green beans, potatoes, pork chops and chicken he's been preparing in his small North Side kitchen.

"Who was the founder of the Pittsburgh chapter of Revlon?" he asks some of the handful of Revlons gathered in his apartment on a Sunday evening in May. "What year did Revlon win best house of the year?" Answers are offered — and debated — until McDowell responds with an approving nod.

Such questions are common during meetings of the House of Revlon, one of a handful of local "houses" that act as touchstones for Pittsburgh's estimated 100-member ballroom scene. Quizzing members is "all about keeping them down to family," says McDowell, who is the "overseer" of the local chapter of Revlon.

Overseers handle the logistics of preparing for competitions — one of the agenda items at tonight's meeting. Chazie Bennett is crouched on the floor in the center of the living room, reading from an agenda in a spiral notebook; there are upcoming balls in Philadelphia and Washington, D.C. Also on the agenda: whether to admit a new member who'd had problems showing up to meetings and paying the $15 monthly dues that subsidizes everything from travel costs to costumes, known as "effects."

McDowell and others stress the importance of ballroom's history. As Michael Battle explained at an April gathering of ballroom members, Pittsburgh's scene emerged during the 1990s, though the culture has its roots in New York dating back to the Harlem Renaissance. Black drag queens often "couldn't go to white gay bars, so they created their own scene," Battle says. Social life was defined by contests in which participants "walked" — competed — for trophies, in an array of categories. A vocabulary emerged, with candidates receiving "tens" from judges — or being "chopped" and eliminated — in a slew of performance categories.

The categories are often built around different representations of gender, mixing dance, costumes and attitude to appear in the desired role.

McDowell, for instance, often walks "thug realness," which rewards strict adherence to straight male gender norms. And along with "school boy" and "executive" realness categories, it's increasingly popular in the Pittsburgh scene. It offers "a chance to be that executive or that thug or that straight person society said he couldn't be," McDowell explains.

That's in contrast with categories like female figure performance, a voguing category where gay men ("butch queens") or trans women ("femme queens") can vogue in a style that plays up female gender norms. Other categories — "realness with a twist" — mix the two.