The first time Bill Clinton introduced himself to Sophie Masloff over the phone, she replied that was the Queen of Sheba and hung up on him. She also hung up when he called back.

It wasn’t until the phone rang a third time that Masloff was convinced that the caller was the man running for the presidency in 1992.

“She could not believe she was on the level of someone like Clinton,” says Barbara Burstin, author of Sophie: The Incomparable Mayor Masloff (Word Association). “She considered herself an ordinary person, and to get a call from a national figure was the biggest surprise.”

Masloff, who was appointed mayor from City Council President when Richard Caliguiri died in 1988, might seem like an unlikely candidate to lead a major city. But as Burstin’s book shows, Masloff’s experiences prepared her for the mayor’s office,

Born to Romanian immigrant parents in 1917 in the Hill District, Masloff embraced politics as soon as she graduated from Fifth Avenue High School in 1935. In addition to working various jobs in city and country offices and courts, Masloff became a staunch advocate for the Democratic Party. She organized fundraisers and helped launch clubs for women across the state as “the consummate volunteer,” according to Burstin, an adjunct professor of history at Carnegie Mellon University and the University of Pittsburgh.

When Masloff was elected mayor in 1989 (she ran unopposed after winning the Democratic primary) she became both the city's first Jewish mayor and the first woman to hold the office. 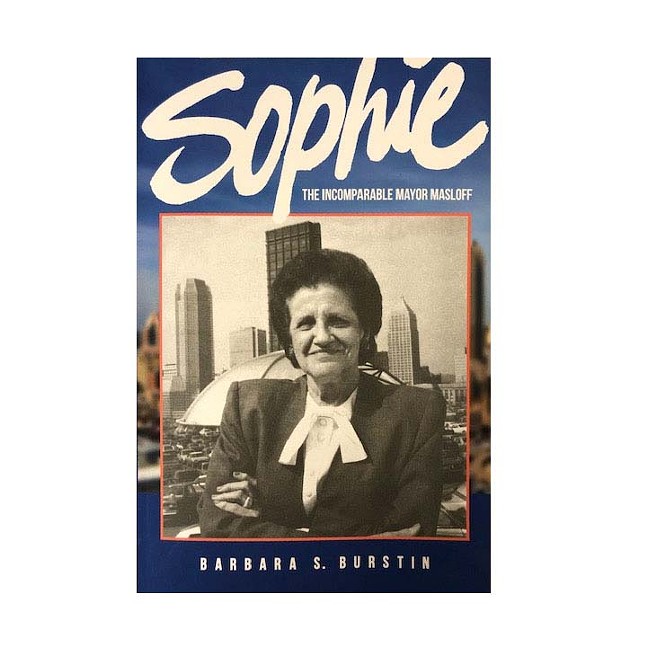 “She was ambitious, but not for herself so much,” Burstin says. "She was ambitious to be the best public servant she could be. And when she was in politics, she loved meeting people. She never aspired to be mayor. Her goal was to sit on city council and make a contribution that way.”

Masloff’s tenure as mayor was relatively successful, albeit with some controversies. She helped the city divest itself of the National Aviary, the Pittsburgh Zoo, and Phipps Conservatory. Masloff also supported redevelopment over preservation, much to the consternation of many who wanted to save the Syria Mosque, the Oakland landmark and concert hall.

According to Burstin, Masloff’s focus was on jobs.

"You have to remember the city was on the verge of financial collapse [in the early 1990s]. It was described by some of her aides as Armageddon, or on the precipice. If you look at other cities around the country, they were either bankrupt or on the verge. She was determined [to make sure] Pittsburgh was not going to fall that way. You begin to gauge the economic challenges she faced — the collapse of the steel mills, no federal funds coming in, no grants or investments, no state funds coming in — and she’s dealt a pretty sobering hand.”

Masloff was also subjected to the barbs of local pundits, cartoonists, and columnists, who exaggerated her hairdo (she got her hair done every Tuesday at 7 a.m. at Kaufmann’s downtown location) and her penchant for malaprops (notably Bruce Bedspring instead of Springsteen, and The How instead of The Who).

But Masloff was always gracious toward those who made fun of her.

“She never attacked the press because she said they were only doing their job,” Burstin says.