"A lot of people are really hungry for fresh food."

A few weeks ago, Jeralyn Beach got an email asking whether she could take 40,000 pounds of stage-two bananas. She knew it would stretch her staff: They had to be picked up in Philadelphia within 24 hours, weighed, cataloged and coordinated with local pantries that could get them into their clients' stomachs before reaching stage seven, the last gasp of the fruit's mushy demise.

By the time the bananas arrived in Pittsburgh a day later, they were at stage four. Beach, the produce coordinator for the Greater Pittsburgh Community Food Bank, knew she'd have to be creative to avoid wasting the food bank's already stretched budget — or worse, "dumping" fresh produce because she couldn't get it out the door in time.

She coordinated the food bank's workers, who effortlessly glide around their massive Duquesne warehouse on electric forklifts, to stack the bananas to maximize the amount of airflow between boxes and slow the ripening process — which had to be done by hand, one box at a time.

"We didn't end up dumping" the bananas, Beach says, with a casual inflection that suggests these logistical challenges don't rattle her.

That's a good thing, because her produce-procurement job is only going to get more complicated. The food bank is part of a national trend away from the shelf-stable items that typically line pantry aisles in favor of fresh fruits and vegetables. The food bank has set an ambitious goal: within three to five years, 50 percent of what it distributes will be produce — almost double the six million pounds of produce the organization moved last year.

But distributing more produce doesn't simply mean replacing cans of beans and boxes of rice with pallets of celery, apples and potatoes. The food bank will have to reorient its supply chain around an unforgiving product. It ripens too quickly in certain humidities, and not quickly enough in others. It creates costs for local pantries that must either invest in refrigeration or be in frequent phone contact with the food bank to determine what produce is on hand — and with local farmers who may have overproduced a crop that needs to be picked up right away.

And even if you've managed to build the most efficient supply chain possible, there's no guarantee that food-pantry clients will want more produce, or even have the tools to cook it.

"We had doubts about whether there was a lot of client demand for fresh produce; we had doubts about whether we could deliver it properly," says Josh Murphy, director of distribution programs at the Greater Pittsburgh Community Food Bank. And it's not just about delivery: "If you're the second or third generation of a family who lives in a neighborhood without a grocery store, you might not know what to do with fresh kale."

Still, food-bank administrators know they can feed more people with fruits and vegetables; non-perishable items have become as much as three times as expensive as produce. And they also know there's a significant public-health upside to getting this right: more fresh food on the tables of low-income families, who are often at the whim of a food industry that pushes low-cost fat, salt and sugar.

"People may think of us as boxed meals ... not always the healthiest products: snacks, cookies, crackers, candy, soda pop," says food-bank CEO Lisa Scales. "There has been significant change [toward produce] in the past three years." 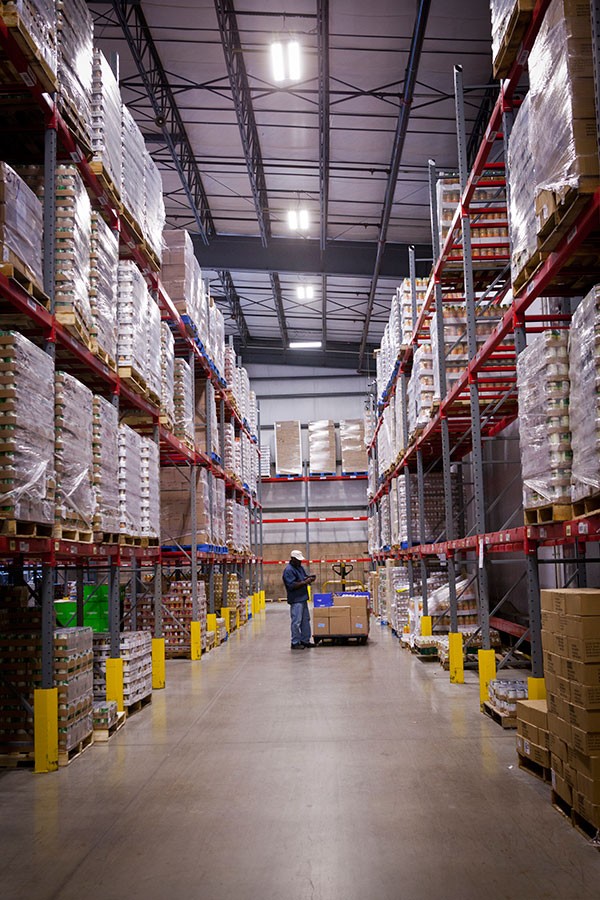 By the mid-1970s, the can was king. Thirty billion units of canned goods were being manufactured annually and America loved it, according to Ross Fraser, a spokesman for Feeding America. That organization supplies just over half of the Greater Pittsburgh food bank's produce and is the largest food-distribution network in the country.

"The concept of canning was a miracle ... that you could have corn 12 months in the year," Fraser says. On top of the canning boom, manufacturing practices weren't particularly precise, which was good news for food banks.

Big food companies "just guessed what [they] needed," Fraser says, and what they couldn't put on the shelves or fit in a warehouse, "a manufacturer would usually just say, ‘Let's just donate that to a food pantry.'"