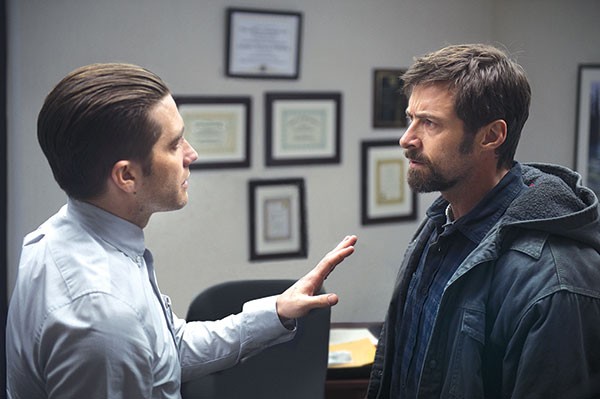 Denis Villeneuve's thriller Prisoners begins with a decent premise: After two children are abducted and police release the only suspect, one of the fathers takes matters into his own hands with violent results. This could have been an interesting drama about people pushed to extremes, shifting morality (does one crime justify another?) and how tenuous "normal family life" is.

But after establishing these parameters, Prisoners gets bogged down in an increasingly ludicrous serial-killer plot, hitting so many genre clichés that any seasoned film-goer will quickly sort out the twists. (The script is from Aaron Guzikowski, who gave us 2012's shipping-container thriller Contraband.)

It's a shame, because there are the bones of a better film buried amid the headless dolls and cop-shop clichés. The film is well shot by Roger Deakins, with plenty of washed-out gloom and claustrophobia. There's a respectable cast, though most of the screen time is dominated by Hugh Jackman as the aggrieved dad and Jake Gyllenhaal as the dogged cop, at the expense of Terence Howard, Maria Bello and Viola Davis. (I preferred Gyllenhaal's heavy but low-key cop to Jackman's fire-breathing act.) But as the red herrings and baroque plot twists piled up past the two-hour mark, I only wished that Villeneuve, who directed the Oscar-nominated Inciendies, had used the extra time to let his story breathe: Good idea, good actors — let them work it out.