The lead role has gone not to one of PBT’s veteran principal dancers, but to fifth-year corps de ballet dancer Lucius Kirst 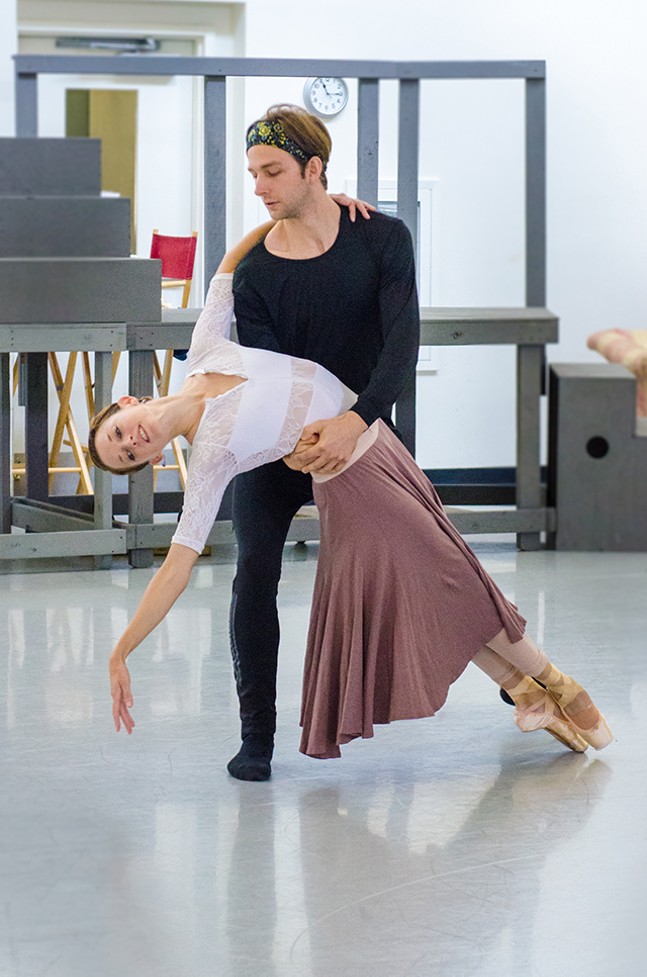 Pittsburgh Ballet Theatre artistic director Terrence Orr is taking another bet with the company’s new ballet adaptation of F. Scott Fitzgerald’s 1925 novel The Great Gatsby. PBT already has three versions of the ballet in its repertoire dating back to 1987, with the last John McFall and Lauri E. Stallings’ interpretation performed by the company in 2008. For Orr, none of those prior productions quite gave Fitzgerald’s story its proper due. Enter Canadian choreographer Jorden Morris, whose reputation for clear storytelling made his Peter Pan and Moulin Rouge ballets hits for PBT in recent years.

Set to an original score by film and stage composer Carl Davis, performed live by the PBT Orchestra, The Great Gatsby tells the tragic story of a mysterious Roaring Twenties socialite and his circle of friends, lovers, and enemies. The world premiere ballet at the Benedum Center Feb. 8-17 also features refreshed sets and costumes by famed designer Peter Farmer that were used in PBT’s other Gatsby productions.

“I started with the book and watched all the movie versions, purposefully staying away from other balletic versions as not to be influenced by them,” says Morris.

The two-act ballet chronologically follows Fitzgerald’s novel, but what makes the production unique from is an added “mirror” scene that abstractly reflects on Jay Gatsby’s past and reveals how he became Gatsby. In a somewhat unusual casting choice, Morris has entrusted the lead role not to one of PBT’s veteran principal dancers, but to fifth-year corps de ballet dancer Lucius Kirst.  “He had the look and temperament for how I envision the character,” says Morris.

A breakout role for the Los Angeles-native, Kirst says he definitely wasn’t expecting to be cast as Gatsby. “He is a hard character to portray because he is very reserved and aloof much of the time, so it is difficult to give the audience an idea of who he is without going against character,” says Kirst.

He says he adopted a posture for Gatsby of a prim and proper socialite — a far cry from Kirst, a laid back, Jack White T-shirt-wearing 26-year-old whose favorite local haunt is Baby Loves Tacos in Bloomfield. But like Morris, Kirst says he developed his approach to Gatsby without having been in or seen any prior ballet versions of The Great Gatsby.

Kirst says Morris’ use of slow adagio movement for the character’s choreography (he prefers athletic jumps and leaps) may be the most challenging aspect of the role for him. Most rewarding for him is the partnering sequences he does with principal dancer Alexandra Kochis who portrays Gatsby’s love interest, Daisy Buchanan.

Audiences can see Kirst as Gatsby Feb. 8, 14 and 16 with Cooper Verona and Yoshiaki Nagano also taking on the role in alternate casts during the ballet’s run.

Having viewed portions of a rehearsal of the production, audiences can expect a more contemporary ballet approach to go along with a 1920s period look, as well as a story full of drama, action, and a few surprises.