Presidential hopeful Andrew Yang wants to give voters $1,000 a month and save our jobs from robots | News | Pittsburgh | Pittsburgh City Paper

Presidential hopeful Andrew Yang wants to give voters $1,000 a month and save our jobs from robots 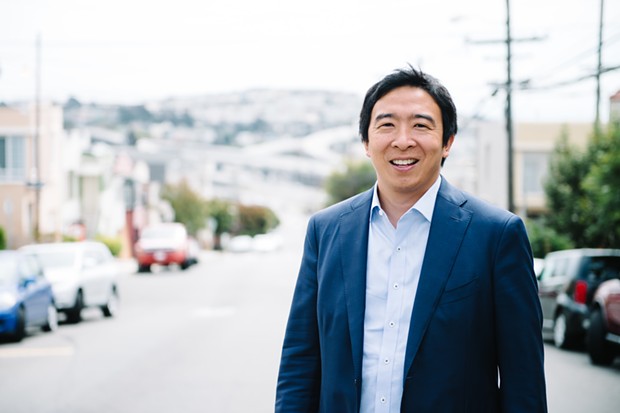 Photo: Friends of Andrew Yang
Andrew Yang
Last spring, political unknown Andrew Yang caused a minor stir when he announced his bid for the 2020 presidential election in hopes of becoming the first Asian-American POTUS. The New York businessman, who's running as a Democrat, made it official earlier this month when he filed with the Federal Election Commission.

Besides being appointed as a former Presidential Ambassador for Global Entrepreneurship under President Obama, Yang has very little government experience. What he does have is an education in economics, political science, and law, and a business background, all attributes he believes make him an ideal candidate. He also founded Venture for America, an organization that helps entrepreneurs create jobs in cities like Baltimore, Detroit, Pittsburgh, and Cleveland.

Ahead of his November 14 appearance at Factory Unlocked, Yang spoke with the Pittsburgh City Paper about his views on the threat of automation, the need for universal basic income, and modernizing the U.S. government.

What qualifies you compared to career politicians?

The truth is that the American people have been looking for someone to initiate significant change in both the government and the economy for a number of years, maybe even decades, and you can see it with Donald Trump becoming president, unfortunately. But also with Bernie Sanders’ outsized success last time – even though obviously he was a senator – and Barack Obama’s victory a couple cycles before, Americans have been looking for some sort of change agent for years. And it’s more likely that that sort of change is going to come from someone like me, who’s been an entrepreneur and has not been in government for 20 than it is going to come from someone who has already become part of the system and become institutionalized. So when I talk to Americans around the country, very few say to me, “wow, I wish you were in government for a while.” (Laughs)

You seem especially concerned with how automation affects jobs. How do you see balancing technological progress with job creation?

Automation is not going to slow down at all. It’s going to accelerate if anything. And what people are feeling around the country, certainly in Western Pennsylvania, there are communities that have felt it very painfully. We automated away 4 million manufacturing jobs in Pennsylvania, Ohio, Michigan, and Wisconsin in the last 15 years or so. And that’s not really what people think of as technological unemployment, though if you look at the numbers, 80 percent of the jobs that we eliminated in manufacturing were because of automation and machines and technology. Donald Trump blames immigrants and globalization, which aren’t the main causes. And what happened to workers will spread very quickly to retail workers, call center workers, truck drivers, fast food workers, and on and on through the economy.

Nine million Americans work in retail right now. It’s the single most common job in the economy…And 30 percent of malls are closing in the next four years. And that’s not something you think of automation in the sense that it’s not robots took over the malls, it’s just there’s no reason for the mall to exist anymore. But that’s going to be a massive problem for hundreds of thousands of retail workers.

Truck driving is the most common job in 29 states, including Pennsylvania, and we’re five to ten years away from automating freight.

And so the reason I’m so focused on it is believe that the eliminating of many of these middle-class jobs is driving the political and social distress of much of the country. And the big problem we have to address together is how to redefine both work and value as quickly as we can because our government is decades behind in meeting this challenge.

Do you think tech needs to be more regulated?

I think our government is decades behind the times, and that certainly includes understanding technology, let alone regulating it intelligently…We have very well-developed anti-trust rules, but those rules revolve around trying to keep prices low. So if a company like Amazon, which controls about half of all e-commerce, comes along, as long as they’re not gouging customers, then our laws really don’t have anything to say about it. And our laws are just out of date. They think is a key variable, when really at this point it’s the opposite, where if a platform becomes large enough, then they can under-price everybody else and that ends up displacing many, many people potentially very, very quickly. So I think that the government needs to get with the 21st century and start engaging in regulating technology companies much more effectively, but right now our government is nowhere near that scene…I don’t know if you saw any of the Facebook hearings but everyone was embarrassed that the legislators clearly did not understand Facebook at all.

You want to create a universal basic income that would come from taxing companies that use automation. I think that might be a pretty tough sell. How do you think a lot of voters would respond to it?

I don’t see why you’d think it’s a tough sell because, with most voters, the question is how would you and your family like $1,000 a month? And most Americans would love that, they just think it’s impossible or too good to be true. This passed the House of Representatives in 1971 under Richard Nixon, Martin Luther King, Jr. was for it, and economists thought it would be great for the economy and society. And today people like Elon Musk and Barack Obama are for it. Alaska has had a policy like this in place for 36 years and everyone loves it, and that’s deeply conservative state. There are very few Americans out there who say my family is doing just fine without an extra thousand dollars a month, no thank you…Even technology companies feel like it’s in their enlightened self-interest to keep their consumers financially strong enough to buy things and to patronize businesses. It’s actually an easy sell.

A neuroscientist said something to me that I think it great, he said, “The enemy of universal basic income is the human mind.” And the reason for that is we are programmed for resource scarcity. We just think there’s not enough to go around. And that’s doubly true for money. But the opposite of resource scarcity is the mindset of abundance, which is much more accurate to where we are right now, where we are the richest and most advanced society in the history of the world. Our economy is up to 19 trillion, up 4 trillion over the last year alone. We could easily afford $1,000 per adult per month. 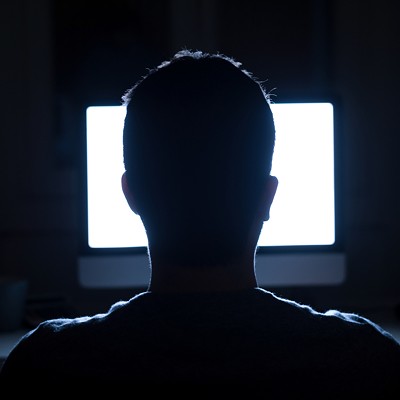