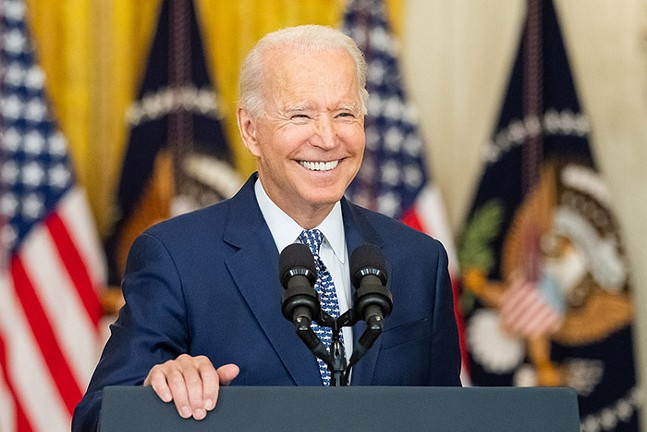 President Joe Biden is headed to Pennsylvania this week.

Biden is expected to visit Wilke-Barre on Tuesday to focus on his Safer America Plan, which aims to expand gun control measures and mental health resources — building on the bipartisan proposal passed by Congress in June. The trip was rescheduled from last month after he tested positive for COVID-19.

And on Monday, the White House announced that the Democratic president plans to stop in Pittsburgh on Labor Day to celebrate the holiday “and the dignity of American workers.” He also plans to visit Milwaukee on Labor Day.

“The fact that so many national and international leaders choose to come here, year after year, is a testament to the working men and women of organized labor in western Pennsylvania,” Kelly said in a statement. “President Biden has always been a true friend to organized labor, and we can’t wait to see him.”

In a written statement, the Fetterman campaign said he is looking forward to pressing Biden on decriminalizing marijuana, something he urged the president to do before visiting Pittsburgh. Fetterman added that he doesn’t want to hear Mehmet Oz, the GOP U.S. Senate nominee, “trying to conflate decriminalizing marijuana with seriously harmful crime.”

Marley Parish is a reporter with the Pennsylvania Capital-Star, where this story first appeared.UPDATE: This story has been updated at 9:45 p.m. on Sept. 3 to update an initial statement that said Biden would be in Pittsburgh for the Labor Day parade. According to a White House media advisory, Biden won't be in town until the afternoon.