After traveling the world from Kenya to Columbus, an herbalist puts down roots in Pittsburgh 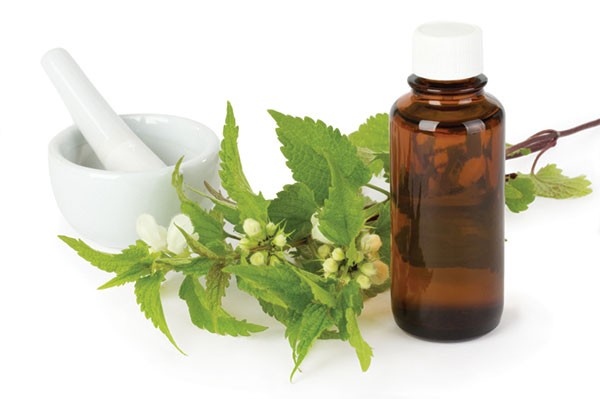 Growing up, Ola Obasi was a city kid, educated at a British boarding school while living mostly in Kenya, Tanzania and South Africa. But it was while visiting her grandmother's Kenyan village, at age 9, that she first learned about herbal healing.

"This man was chopping branches off a tree," she says. The tree was a eucalyptus, the man a traditional healer making an inhalant to treat malaria. "That's how I started to learn there is more magic in this world," says Obasi.

Today, Obasi runs Ola's Herb Shop amid the barber shops and pizza joints of Morningside. In an unassuming storefront, she does consultations for her 130 or so clients and sells products like Native American White Sage Sacred Blessing. While Obasi speaks freely of the healing magic in plants, she's also built her practice on a good deal of formal training.

Born in the U.S. (while her mother was attending college in Columbus, Ohio), Obasi returned here as a teen-ager in the early 1990s. She actually started out studying pharmacy — the career her father wanted for her. But alternative treatments kept presenting themselves: in the echinacea a University of Dayton classmate brought her when she was sick and, later, in the herbal remedies favored by the Rastafarian father of her two daughters.

"That's how I got to learn about herbs. I would treat myself, treat my family," says Obasi. "People would come to me. I just had a knack for it."

Later, she worked as a pharmacy technician in Chevy Chase, Md. She learned a lot about compounding medicine from the pharmacist, himself a big believer in herbal medicine. "It's not about being a doctor," he told her. "It's about being a healer." Further training followed at the Tai Sophia Institute (now the Maryland University of Integrative Health) and Case Western Reserve University.

Obasi, who wears short braids and a tiny gold dragonfly in her left nostril, moved to Pittsburgh in 2011. She is friendly and assertive, and her practice is pointedly not merely about dispensing herbs as if they were conventional little white pills. Rather than simply treating the symptom, as she believes Western medicine typically does, Obasi first gets to know her clients in sessions of two hours or more. "I say, ‘Tell me your story.' ... Most of the time, people cry — men, women, it doesn't matter who they are. There's a tissue box over there."

"If someone comes in with a stomachache, I ask them about their headaches," she says. "I ask about the swelling in their ankles." The roots of a stomachache, she says, are probably elsewhere in the body. Or even in the spirit. "There's no difference to me between the physical and the spiritual," says Obasi. "There's no herbalist who doesn't have a spiritual base."

Obasi makes her own shea butter — the traditional African skin-care treatment that's her biggest seller — and compounds custom remedies, some with herbs she grows herself. Her practice also includes twice-weekly SynergyDance classes. These are exercises in healing movement that are done in dim light, suggesting low-impact yoga crossed with New Age meditation. "It's very inspirational. It's energetic," said client Tonya Magwood, of Edgewood, last September. "I came to the first class and I was hooked."

Obasi's holistic approach impresses Michelle Czolba, a client of Obasi's who is also a trained herbalist and runs an online natural-skin-care business. Herbal medicine isn't nearly as common in Pittsburgh as it is, say, on the West Coast. But Czolba says it's growing here, and Obasi is one reason. "She brings a lot of energy to the scene," says Czolba, of Bloomfield.

Save for the occasional recommendation of chamomile for upset stomachs, or cranberry for urinary-tract infections, Western medicine tends to be agnostic at best about herbal remedies. But Obasi tells stories of her own experiences — herbal help with pregnancy and nursing, healthy kids raised on herbal cures — and those of clients she aided with everything from chronic nosebleeds to yeast infections.

Christina Springer, a performance artist from Point Breeze, says Obasi once helped her with digestive troubles. But Springer's greatest praise is for Obasi as educator. Springer's son, Winston, has taken Obasi's summer class titled Herbal Alchemy; now 10 years old, he makes his own skin lotion. Last year, when his father suffered a bee sting, Winston successfully treated it with a plant he pulled from the yard. "It was some weed!" says Springer.

"The seriousness with which [Obasi] guides youth into exploring this speaks volumes about who she is as a healer," says Springer. "I think that's her message: how to be a participant in your health and well-being."

By Jared Wickerham and Hannah Lynn