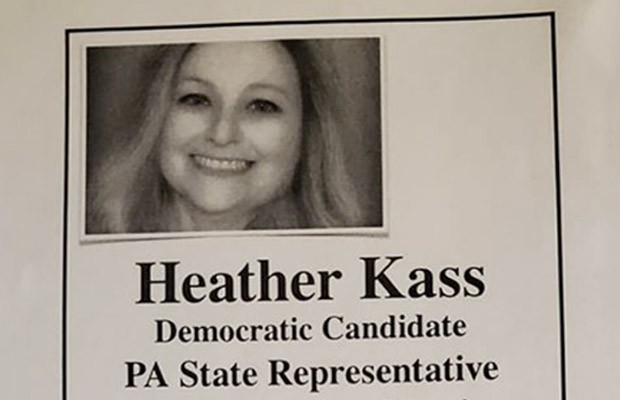 After longtime state Rep. Harry Readshaw (D-Carrick) announced he would not be seeking re-election, the Democratic primary for state House District 36 has become a two-person race between progressive Jessica Benham (D-South Side) and candidate Heather Kass (D-Carrick), who has ties to Readshaw.

And according to WESA, both are seeking the endorsement from the Allegheny County Democratic Committee. The district encompasses many of Pittsburgh’s southern neighborhoods such as South Side, Allentown, Carrick, and Brookline, and is more conservative than other Pittsburgh state House seats, but still reliably votes for Democrats. In 2016, Hillary Clinton carried the district by a 56-39 margin.

But Kass’ chances of receiving the backing of Allegheny County Democrats could be in jeopardy thanks to some social media posts, including one that shows her past support of President Donald Trump.

In December 2015, Kass wrote in all caps on her personal Facebook page that she hates Obamacare, complained about her premium payments, and decried, “THESE LAZY NO GOOD IDIOTS SUCKING THE SYSTEM DRY AND I STILL HAVE TO PAY FOR THEM.” At the end of the post, she wrote “GO TRUMP!!!!!!!!!!!!” with 12 exclamation points.

The post came from Facebook account Heather Ann SK, which appears to be Kass' personal Facebook page. On Dec. 26, 2018, this same account shared a photo of a flyer announcing Kass’ race for state representative with the caption, “I am running for PA State Representative 36 District.” The image on the Kass flyer matches the image on Kass’ candidate Facebook page.

On Monday afternoon, screenshots of the posts were shared with Pittsburgh City Paper from a constituent of HD-36 who is friends with Heather Ann SK on Facebook. (The account is private.) They requested anonymity out of fear of retaliation but said they scrolled through the account’s posts after seeing some questionable content and learning that Kass was seeking the Democratic nomination. The constituent called some of the posts “concerning.”

The Heather Ann SK account shared a post in 2014 from the right-wing group Freedom Works that asked people to share the post if they agree that Hillary Clinton should never be president. Freedom Works is funded by the Koch family. 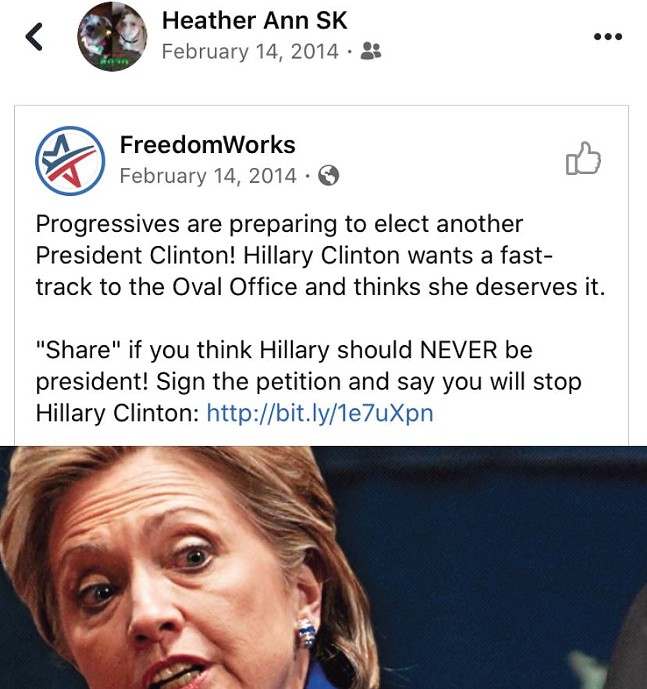 Another post shared by Heather Ann SK from last August shares a meme popular on conservative websites of a rifle dressed up as a unicorn, reading “OK, we fixed it, so it won’t scare anyone. And don’t ‘assume’ its identity, it’s NOT an AR-15. It identifies as a wireless, handheld peacekeeping device.”

Pittsburgh City Councilor Bruce Kraus (D-South Side) has endorsed Benham and his district aligns with sections of HD-36 including the South Side, Arlington, and St. Clair. He says the posts are “troubling.” Kraus was particularly alarmed by the post criticizing Obamacare, as that is an issue that many state Democratic legislature candidates and politicians support enthusiastically.

“To read the post about speaking out against Obamacare troubled me,” says Kraus. “Her writing about how it is this entitlement … is a really alarming position for someone who wants to be a state representative. Someone who needs health care is exactly the kind of people you would be representing.”

The flyer announcing Kass' campaign says one of her core beliefs is "affordable quality healthcare."

Kraus also says he took personal offense to the August post of the unicorn gun. He says he “couldn’t help but think it was mocking someone whose sexuality is fluid.” Kraus is Pittsburgh’s first openly gay elected official and came out in 1972.

Overall, Kraus was struck by the support of Trump and the voice of Kass’ posts, which he said mirrored the president's. He says Kass should consider removing her name from consideration of the endorsement of the Allegheny County Democratic Committee.

“I assume that she was clearly a Trump supporter in the 2016 election,” says Kraus, noting that is a non-starter for anyone seeking the Democratic endorsement. “The conclusion I must draw is that she is a wolf in sheep’s clothing.”

Megan Zirkel, a Democratic Committee member in the South Hills, says the screenshots are currently being circulated between some committee members. She told CP by email that she doesn’t know Kass personally, and hopes to hear from both Kass and Benham before voting on endorsements. However, Zirkel says she’s not happy with the screenshots.

“I fully recognize that being a Democrat means different things to different people,” wrote Zirkel in an email. “But I cannot support someone who speaks so openly and hatefully about people needing government assistance and people who are without jobs. Or someone who jokes about members of our trans community. I would be skeptical to believe that she would represent ALL members of her community in a respectful manner.”

Zirkel wrote that there are many issues affecting South Pittsburgh, such as poverty and drug addiction, and that Kass’ posts “don't match my ideas of what a Democrat is but evidently other people in the party feel differently.”

Last October, when some Allegheny County Democratic Committee members were pushing to support independent, progressive candidate Lisa Middleman over Democratic nominee and incumbent District Attorney Stephen Zappala, the AC Democrats told CP that an upheaval of members not supporting Democratic nominees might lead to "'Democrats for Trump' support within committees."