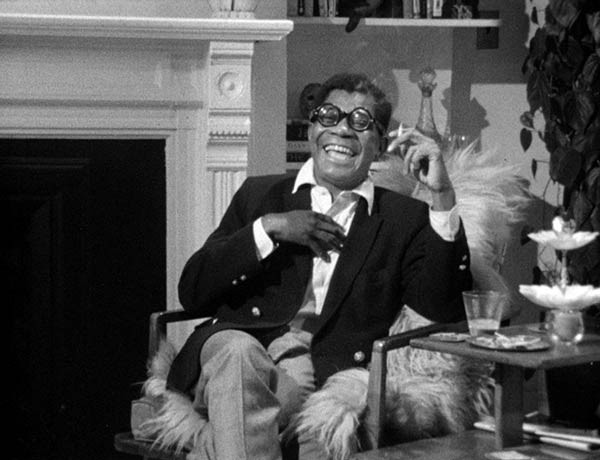 One night in 1966, filmmaker Shirley Clarke and her crew set up in the Hotel Chelsea apartment of Jason Holliday, and filmed him for 12 hours. It's simply Holliday in one corner, but the middle-aged man commands the camera — smoking, drinking, singing, laughing and recounting episodes from his life as a gay man, a black man, a hustler, a wannabe cabaret performer and a houseboy. He's variously funny and sad, cocky and vulnerable. Holliday was gay when it was still illegal to be so, and his tales of this life run from the amusing escapades of a secret club to the traumas of being arrested. Portrait (1967) is not slick — the black-and-white film goes in and out of focus; the crew is heard discussing techniques and set-ups (as well as verbally baiting Holliday); and Holliday winds up near-incoherent. But in all, it's a fascinating document. To be screened in a recently restored version.