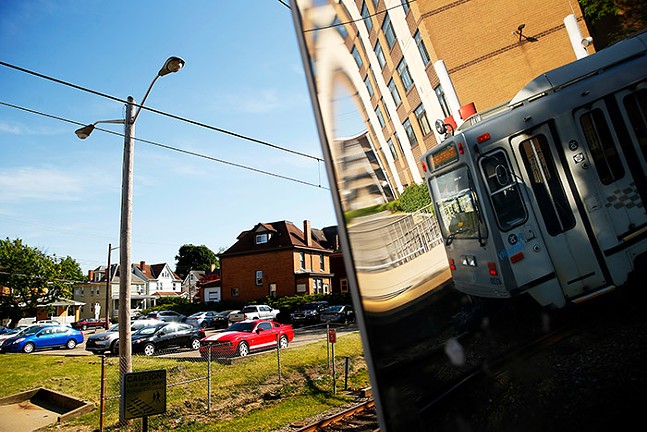 CP Photo: Jared Wickerham
The Potomac light-rail station in Dormont
Pittsburgh doesn’t have many underground subway stations, but the city has plenty of above ground transit stations for its light-rail and busway lines. And with some of the bigger stations, the Port Authority of Allegheny County hopes to implement Transit-Oriented Development, aka TOD, which encourages dense housing and amenities within walking distance of high-quality public transit.

And this is the plan at the joint busway and light-rail station at South Hills Junction, located on the border of Pittsburgh’s Mount Washington and Beltzhoover neighborhoods. The Port Authority has designated the area around this station as a “transit neighborhood” and last week relieved plans to make the station more accessible to residents in the area and to improve land use there to boost public transit ridership.

At a public meeting on Nov. 16, Port Authority Planning Director Amy Silbermann said they plan for South Hills Junction was to create dozens of apartments near the station — which serves the Red, Blue, and Silver light rail lines, as well as the South Busway. Port Authority also plans to build a bridge on the site that connects Beltzhoover and Mount Washington, and upgrade or reopen steps to reconnect them with the station. 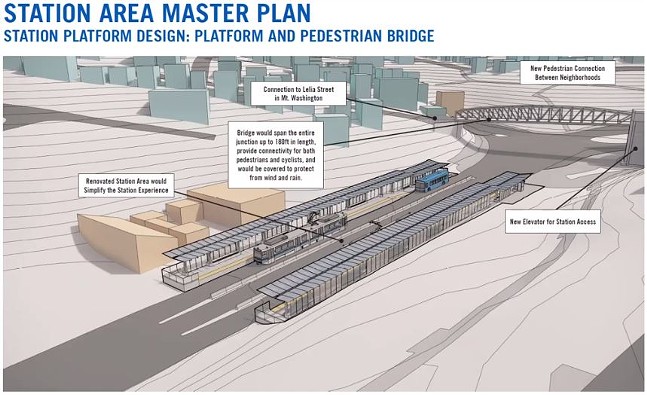 Screenshot taken from Port Authority
A mock-up for the proposed combined light-rail and busway station at South Hills Junction
Port Authority plans for TOD at the site to include a mix of market-rate and affordable housing units and commercial space, as well as more accessible and safer access to the station, and facilities more comfortable and easy to use. The plan intends to use three parcels of land for development, one is 75,000 square feet, another is 80,000 square feet, the last is 45,000 square feet.

The plan includes constructing a joint bus-light rail station at the junction and concepts for four-five story tall apartments along Warrington Avenue on the back side of the proposed station. 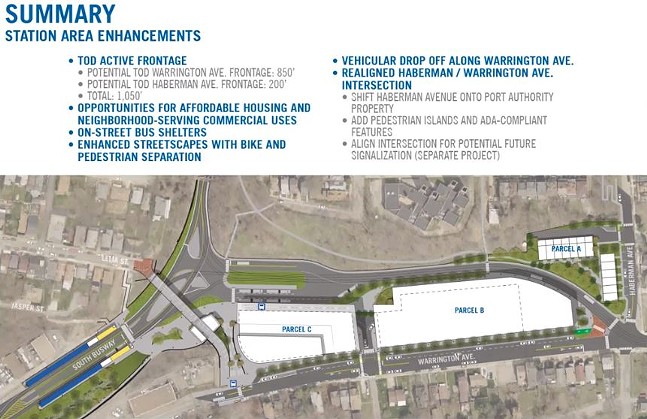 Screenshot taken from Port Authority
Parcels were Port Authority would like to see mixed-use housing development near South Hills Junction Station
Port Authority created guidelines for the best practices of TOD, hoping they will be implemented more across the region. In May, Breen Masciotra, then section manager for Port Authority’s Planning Department, said areas like the South Hills Junction station could develop a community where people in the corridor could rely primarily on public transit as main transportation around the city.

While the agency projects the South Hills Junction improvements to start in about two years, the cost estimates are not yet known. In other developments, Port Authority intends to start construction on the Negley Busway Station improvements in Shadyside early next year and is currently finalizing its plans for Station Square light-rail station in the South Side and improvements along the T in Dormont.