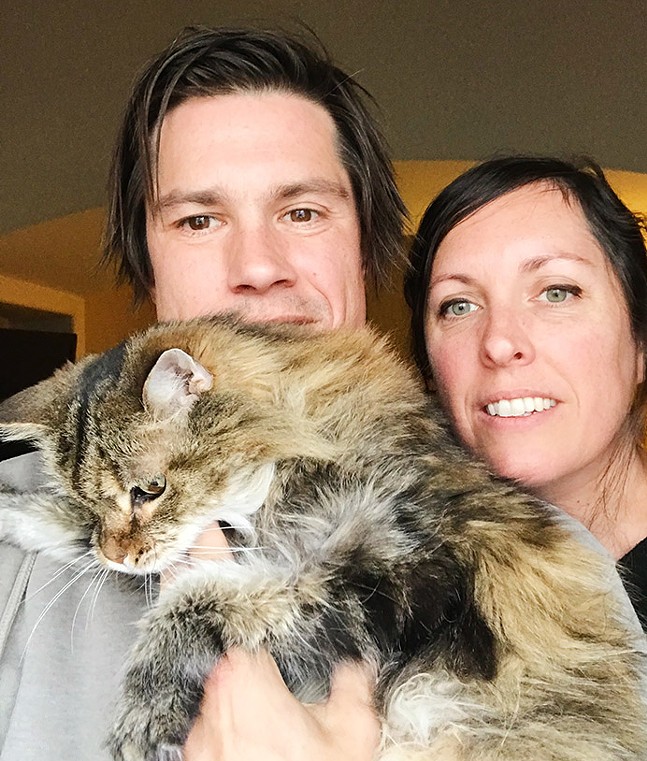 Photo: Wendy Downs
Moop owner Wendy Downs pictured with Jason LaCroix and cat, Mouse, on route to Seattle
After three years at a storefront in Downtown Pittsburgh and 12-and-a-half years in business, local makershop Moop is ending production of its popular wax-canvas bags and heading to Seattle. But fans of the First Avenue shop need not worry: Moop owner Wendy Downs says she has no plans to close the Pittsburgh location. The business is instead expanding to a second location on the west coast and after selling their current merchandise during a seconds sale, the shop is launching a winter line featuring a new water-resistant fabric early next week.

“We are not leaving Pittsburgh,” Downs tells CP from the car as she drives through Minneapolis on her way across the country with her cat Mouse and boyfriend, artist Jason LaCroix. “I have a really solid team in Pittsburgh and that’s where our main production will continue to happen.”

In a message on Moop’s website earlier this week, Downs announced the move to her customers: “Right now, we’re in a little bit of a leap of confidence mode. We’ve added a few new people to our team, we’ve increased our production volume, we’ve invested in relationships that are just now starting to pay off, and we’re about to take a super giant step forward.”

Since 2016, Moop’s First Avenue location Downtown has served as both a brick-and-mortar shop and a manufacturing center for the small but growing business; an assortment of bags and housewares are artistically displayed at the entrance of the storefront, and all of the shop’s bags are produced at a line of sewing machines not far from the front door. 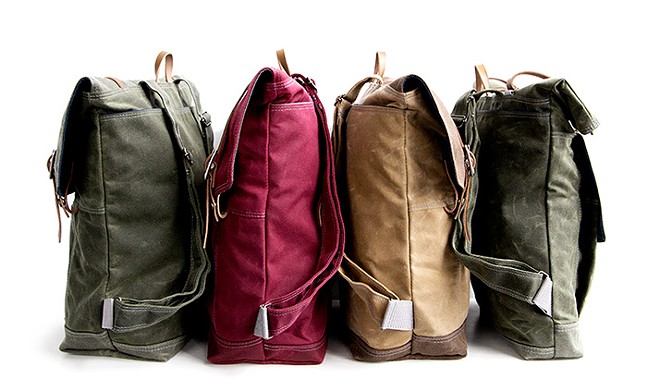 “My goal has always been to make the process of manufacturing visible,” Downs says. “[At] our walk-in retail store, we want people to be able to come in and see, ‘Oh, there are real humans behind this. You see them, and they live in my community.'”

Downs says that while customers can purchase items in the storefront, sales are 90 percent online-based. The business has recently expanded, hiring two additional employees for a total of six. Downs says that she has always wanted to make the people behind the product the central focus. “As we expand,” she says, “that’s one of the things that I want to continue to do.” Her ultimate goal is to have locations in all of Moop’s main customer base areas, which is what led her to Seattle.

“Our market is all over the world and our second-largest market is the Pacific Northwest,” Downs says. “Seattle is a large concentrate of that, so it’s a good customer base and a good, smart expansion for us.”

The expansion will start with a two-month pop-up in Seattle’s trendy Capitol Hill neighborhood, which Downs says they’ll use as a “low-risk way to make sure that Seattle loves us as much as Pittsburgh does,” with plans to search for a permanent second storefront during that period.

Photo: Moop Shop
A sewing machine inside Moop's Downtown Pittsburgh storefront
There are also similarities between Pittsburgh and Seattle customers, according to Downs. Both cities are rainy and the practicality of their water-resistant bags are a big draw for both places.

Moop's customer is looking for something other than mass-produced items from big box stores, she says. “They commute to work, use public transportation, maybe ride their bikes as well. They walk a lot and need a durable bag that’s going to carry everything you need in a day. Understated minimalism and utilitarian function are kind of my M.O. in design and production.”

It also doesn’t hurt that the bags aren’t just durable, they’re hip. The products, ranging from clutches to totes to backpacks, are minimalistic statement pieces with clean lines, smart snaps, and modern fabrics, and they’re about to be more colorful than ever.

“I’m so excited about it,” Downs says of her new winter collection. “We’re leaving wax canvas behind and focusing on this really beautiful water-resistant heavyweight cotton that has color in it more than we’ve ever done in the past.”

Downs plans to drop the collection online early next week at moopshop.com.