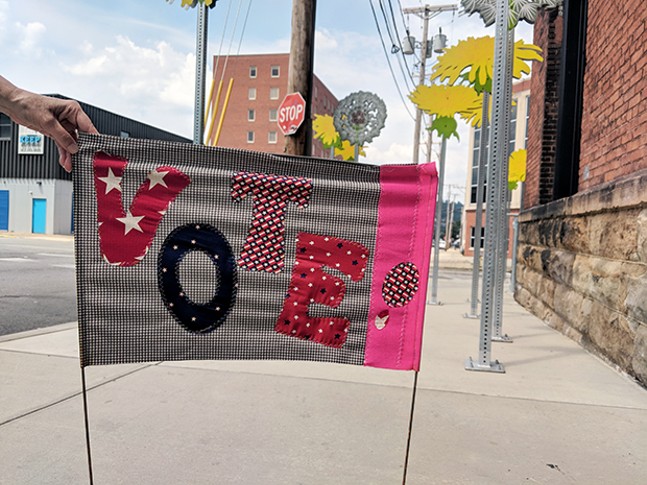 There are protests, walkouts, even hunger strikes against the current administration. And then there is a small group of Pittsburghers joining the resistance by spending occasional Saturday afternoons cutting letters out of fabric over snacks and laughter.

It’s a way for people to make a difference in a quiet, crafty way.

Fabric and stencils are provided; some participants cut out letters, others assemble. In the past, signs were made for telephone poles. This year’s products are “VOTE!” yard signs distributed throughout Pittsburgh to encourage people to show up.

Variations of the project exist in several other cities. About 100 people have joined locally so far.

“Like many, I am very concerned about the lack of voter participation,” Mateer says. “We’ve found that people respond to our handmade signs and often remark that they can’t believe someone would take the time to make one.”

Can’t make the meet-up but want to join in? Pole-2-Polls’ website includes instructions on how to make your own signs.