Known to many as “Swami Doug” for his early background in yoga, the Pittsburgh native is the definition of versatility in dance, having studied ballet at New York’s prestigious School of American Ballet, and jazz and modern dance at Butler University. He danced professionally with Geneva’s Ballet du Grand Theatre, New Jersey Ballet and Pittsburgh Ballet Theatre, as well as with New York’s Luigi Jazz Dance Company. Bentz has also performed in musical theater both on and off-Broadway, and he co-founded and co-directed the American Dance Ensemble and The Extension.

Perhaps best known for his work in jazz dance, Bentz says that early in his career he became committed to finding a way to bring that form to the concert stage. “It became a life-long crusade for me to add more complex choreography, jazz music and [compositional] intent to jazz dance,” says Bentz.

Bentz has choreographed more than 60 dance works in a range of styles. His most enduring are “Allegro Jazzioso” (1982/2005), his masterwork “The Jazz Nutcracker,” and “Let’s Swing” (1981/2007). CDC will reprise the latter in his honor in the April 13-15 shows at the Byham Theater. The 25-minute work for 10 dancers is a fantastical, time-traveling romp set in a World War II-era dance club where soldiers and sailors mix with their new sweethearts. The work is danced to a suite of Benny Goodman favorites, including “Bugle Call Rag,” “Sing Sing Sing” and “Memories of You,” that will be played live by the Benny Benack Big Band.

Also on the program will be Antony Tudor’s lyrical ballet classic “Continuo” (1971); a suite from Jose Limon’s spiritually uplifting “Missa Brevis” (1958); and a reinterpreted version of Stefanie Batten-Bland’s “Patient(ce) — A Physical Requiem” (2016). Reached by email, Batten-Bland says that the 20-minute piece for 14 dancers, danced to music by Stars on the Lid, physicalizes the practice of musicians improvising off jazz’s formal framework, departing from it and returning to it. 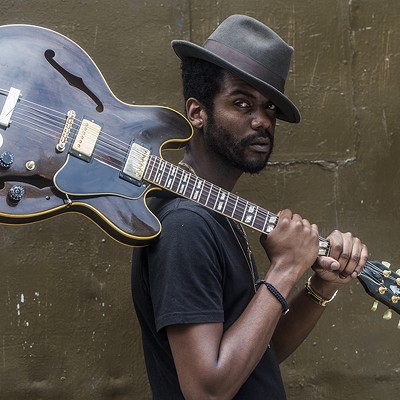