"So much of memory is a breaking up/of beginnings and endings, major keys transposed/to minors." 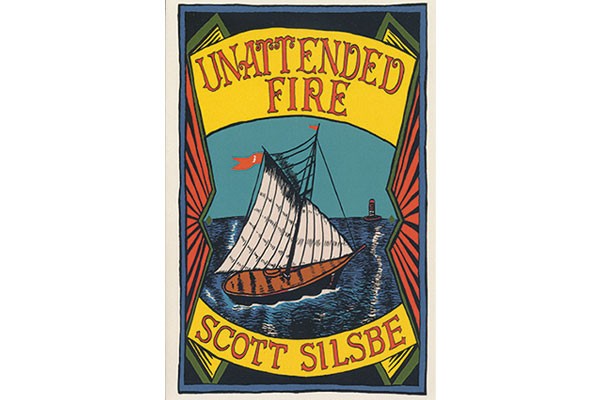 Nostalgia is something I've pondered more since my 40th birthday. From the 65 pages of poems in Scott Silsbe's new collection from Six Gallery Press, Unattended Fire, it seems he's been ruminating over his life, as well. This is no knock, as poetry is often at its best when being clear and contemplative rather than overbearing and academic.

Silsbe, an editor at The New Yinzer magazine, is a Detroit native who lives in Pittsburgh; both cities are known for reveling in their pasts. The collection is strongest when its even-keeled speaker grapples with relationships in varying stages of success or failure. In "Post No Bills," he writes:

So much of memory is a breaking up
of beginnings and endings, major keys transposed
to minors. I should know by now.
Handwriting can reveal only so much.
"She was lucky," you said once.
And now someone else says, "Her loss."

Silsbe has a nice way with metaphor and frequently relies on poetic ventriloquism to put words in others' mouths as a way to add layers of voice to his work.

While the speaker's relationships seem fickle, the tone of these poems is rarely morose. In fact, there's a refreshing sense of romantic buoyancy concerning love and writing that grounds Silsbe's work. When he writes in "From the Dictionary of Long-Distance Love," "And then there's the problem of times. / She tells me the sun's setting at midnight / and I believe her. And my head is a motorcycle / on fire at the base of a bridge. Which is to say / I'm s sucker for the possible," I find myself cheering for both the image and the underdog in all of us.

The celebratory nature of poems like "Big Star" and "After the Show" affirms the hedonism of youth as redemptive in its own way. In the latter, he concludes, "We're here, we're alive, we'll be here again." Poems like "Two Cents from a Pajich" and "Remembering on a Birthday" further stoke the optimism with a rebelliousness that seems required for choosing a life in literature.

While there are patches of opacity and abstraction that left me feeling detached, overall, Unattended Fire burns with a sense of positivity and tenderness toward the speaker's sometimes unforgiving world.