Poet Paola Corso explores work — and the conditionality of breathing.

Corso's laundress' existence, accounted in articles of clothing and spats with the people in her life, is a fight for air. 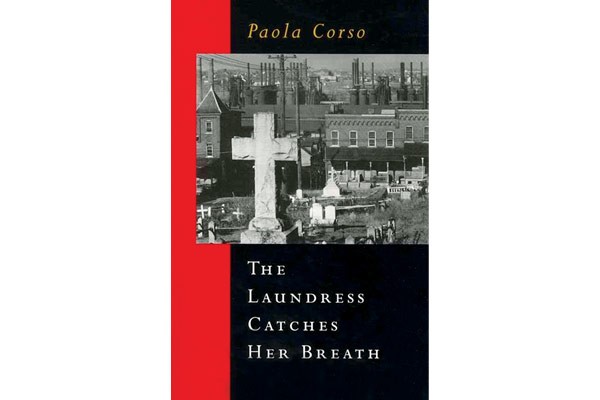 Each of Paola Corso's two latest works of poetry explores, from different angles, the inevitability of work and the conditionality of the air we breathe.

The latter warning is a literal one, fraught with mortality. In the collection The Laundress Catches Her Breath (CavanKerry Press), Corso empathetically but unsentimentally depicts the life of a woman in a luckless mill town. Her days are consumed by her grease-spattered kitchen job at Eat'n Park and laundry duty for her overbearing mill-worker father and dying uncle.

The 22 mostly short poems are spread over 67 pages. That suggests plenty of breathing room, but Corso's laundress is a heavy smoker, her father inhales mill dust, and her beloved uncle is on oxygen. Her existence, accounted in articles of clothing and spats with the people in her life, is a fight for air.

The diurnal tone turns dreamlike. One series of poems depicts the laundress' dark-humored colloquy with a wooden Virgin Mary (complete with infant son) who emerges from a washing machine. Meanwhile, the surreal, 30-page "Heiress of Air" is built around a visit to an oxygen bar the laundress hallucinates after workplace smoke-inhalation knocks her out.

The Laundress concerns its heroine's struggle for transcendence — or even just an apartment of her own. But Corso and her protagonist keep their senses of humor. When the Virgin Mary requests that she exhale away from the baby, "The laundress shrugs and says as the smoke steams out of her nostrils, 'He's Jesus. He'll live.'"

Corso herself is the daughter of a Pittsburgh mill family and recently relocated here. Her simultaneously published chapbook Once I Was Told the Air Was Not for Breathing (Parallel Press) takes an historically wider view of themes in Laundress. Part I surveys the dangers of a century's mill jobs through a variety of working-class men. Part II depicts the women in the garment industry, past and present. Several poems recall 1911's infamous Triangle Shirtwaist fire; in "Identified," Corso poignantly memorializes some of the 146 immigrants who died by cataloguing their identifying marks: "Gussie Bierman / by the pendant watch she wrapped around her neck twice."

The chapbook is animated by simmering working-class anger. One speaker, told by the company doctor to stop smoking, notes that his job's even worse for his lungs. "I can quit cigarettes," says the mill hand, "but no way in hell can I quit work."