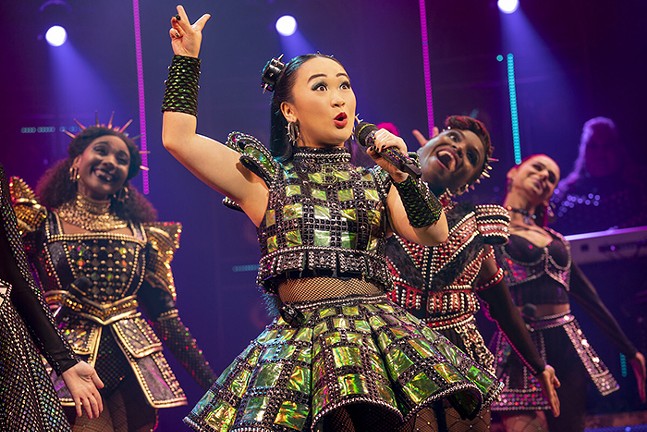 The season kicks off in October with the Tony-nominated stage musical adaptation of the hit Disney film Frozen. From there, ticket buyers can expect mega-hits Hadestown and Dear Evan Hansen, the latest production of Les Misérables, and two jukebox musicals, the Alanis Morisette-inspired Jagged Little Pill and Tina - The Tina Turner Musical. Also scheduled is Six, a musical about the wives of the infamous King Henry VIII.

Marc Fleming, Vice President of Marketing, Communications, and Broadway programming for the Trust, says of this season, “a strong theme that has emerged is one of female empowerment.”

“From Six, which allows King Henry VIII’s wives to tell their stories, to Hadestown’s all-female creative team, to iconic leading ladies like Elsa, Tina Turner, and Tracy Turnblad – this season shines a light on women’s voices and talent making such a massive impact on the Broadway industry,” says Fleming.

The season also comes at a time when the spread of COVID-19 has apparently slowed, leading the Trust to relax certain pandemic-related restrictions.

Photo: Matthew Murphy
PNC Broadway in Pittsburgh presents Beetlejuice
The Trust announced that effective April 4, “venue entry requirements including proof of vaccination and masking will be determined on a per event basis, as set by the artist or promoter.”

“This decision was made in response to low positivity levels in Allegheny County,” reads a statement from the Trust. “We will continually monitor CDC, state, and local health requirements and adjust as necessary. Individual touring productions may have their own health and safety requirements. Updates will be noted on individual event pages and in pre-show emails, if applicable.”

Previously, the Trust had been instituting capacity limits and requiring masks and proof of vaccination for shows at its venues.

Fleming says that, in programming this season, he wanted to “bring to the stage the same energy and excitement” the Trust felt in reopening the Cultural District.

“We could not be more excited to welcome these incredible touring Broadway productions to the Benedum Center,” says Fleming.