PNC Bank will no longer finance the private-prison industry 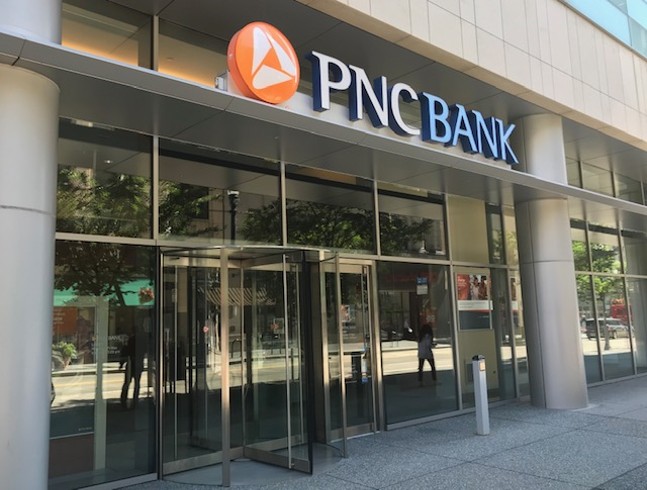 CP photo: Ryan Deto
PNC Bank branch in Downtown Pittsburgh
According to Forbes magazine, PNC bank announced on Aug. 10 that it will stop financing private prisons that contribute to mass incarceration and participate in immigrant detention.

“As part of these efforts, PNC has been considering issues related to lending to the private prison space for some time," Zweibel told Forbes. "As a result, PNC's exposure to the industry is small. As we consider new questions about the industry, we will not extend any additional credit to companies operating private prisons.”

The Pittsburgh-based PNC Bank is the largest bank in Pennsylvania and operates banks in 19 states. PNC was a large funding partner of CoreCivic, the second-largest private prison operator in the country. According to The Center for Popular Democracy, PNC provided CoreCivic with $112 million in credit commitments and a $28 million loan.

CoreCivic operates a private prison in Youngstown, Ohio, a facility that also detains undocumented immigrants. The Justice Policy Institute has said private prisons only further incentivize mass incarceration in America. Overall, private prisons account for only a small percentage of the country's inmate population, but their numbers have exploded over the decades. The institutions have been criticized for weak oversight, poorly paid staff, and overly punitive conduct policies. They have also come under increased scrutiny for their role in inhumanely holding undocumented immigrants.

According to Bloomberg, the Obama administration was in the process of banning them nationwide before President Donald Trump took office and reversed that decision.

Pressure had been applied to PNC and other large banks from an online petition created by activist coalition Families Belong Together. The petition gathered more than 500,000 signatures.

“We and our members across the country applaud PNC for joining its peers in ending financing of for-profit prisons and detention centers,” Families Belong Together director Kristin Rowe-Finkbeiner told Forbes. “And in making a strong statement that private prisons don’t deserve our dollars. Banks should never profit from the pain and suffering of families.”

PNC has a mixed history of responding to public pressure to change its investment strategy related to environmental and social concerns. In 2015, the bank tightened restrictions on funding mountaintop-removal mining projects. Anti-nuclear groups have been somewhat regularly protesting PNC over their investments to nuclear weapons manufacturers.

According to the International Campaign to Abolish Nuclear Weapons, PNC has loaned about $1.2 billion to eight nuclear-arms manufacturers since 2013. PNC has yet to pull out of those nuclear investments.