Playboy of the Western World at Carnegie Mellon Drama 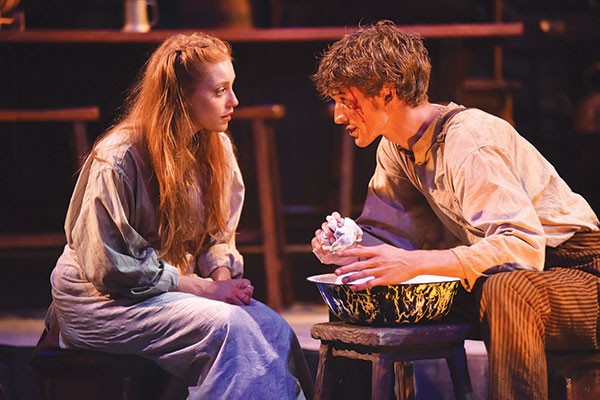 PLAYBOY OF THE WESTERN WORLD

continues through Sat., Oct. 15. Philip Chosky Theatre, 5000 Forbes Ave., CMU campus, Oakland. $10-33. 412-268-2407 or drama.cmu.edu
If there is a shibboleth for American actors — at least since Brando debuted on Broadway in the late 1940s — it’s been their ability to convey accents, as well as non-native language, in a convincing manner. Just listen to the desultory attempts to speak like a South Bostoner in the 2006 film The Departed.

So we might approach Carnegie Mellon University Drama’s production of Irish playwright John Millington Synge’s Playboy of the Western World (1907) with trepidation. But the director, Don Wadsworth, is also one of the top dialect coaches in the country, and his cast not only captures the western Irish language of this drama, but makes it sing.

Joe Essig is stunning as Christy Mahon, the eponymous “playboy” who stumbles into a rustic tavern and charms the local villagers, especially the women. Essig is that rarest kind of actor who looks so comfortable in his role that he can make you forget you’re watching a play.

McKenna Slone’s character, Pegeen, falls in love with Mahon, and she has the difficult job of convincing us that like some anti-Ophelia, Pegeen can also fall out of love with him if she has to. And she does.

There is no intermission, which amplifies the intensity of the experience, and allows lighting designer Andrew DG Hunt to let night crawl into day and back again with its own mystical speed, as if colored by Synge’s poetry. Cellist Harry Thornton’s live accompaniment issues from the balcony like a spirit floating above the stage.

Sam Stark’s scenic design is evocative and earthy: You hear the soft dirt under the feet of the characters instead of the distracting thump of plywood. And the costumes, designed by Carolyn Mazuca, complement both the period authenticity and the irony of the work.

The wonder of this performance is that you can watch it, or listen to it like music. What a rare treat for the American theater. 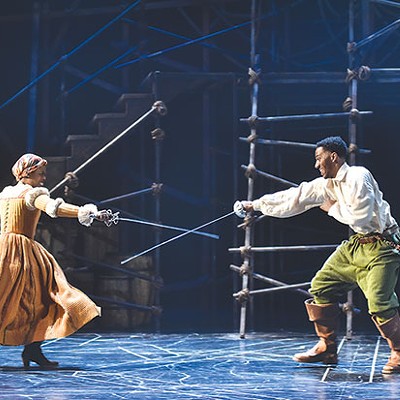