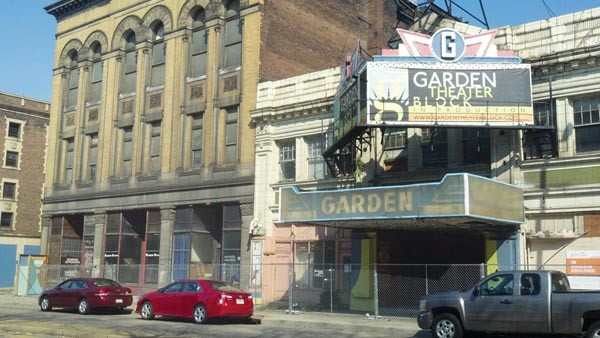 Photo by AmyJo Brown
A change in plans for the Garden Theater block, on the North Side

Partners in the much-lamented Firehouse Lounge and 1920s-themed cocktail bar Embury have backed out of plans to move into the block housing the North Side's Garden Theater. And while a South Side location is in the works, it will not have a role for Spencer Warren, who created the Firehouse/Embury concept.

Wayne Zukin, a partner in the Allegheny City Development Group, says negotiations with Warren and two other partners — Lynn Falk and Akhtar Khan — for the North Side space have fallen through. The restuarant developers "changed their mind," he says. Instead, Lawrenceville restaurant Piccolo Forno will open a second location there next year.

Neither Falk nor Akhtar could be reached for comment. Warren, meanwhile, says, "technically, I have no involvement with any of it. I sold my businesses to someone else."

Embury is slated to open this month at 2108 E. Carson St. Approval of its liquor license is pending, according to the Pennsylvania Liquor Control Board.

The LCB declined to renew the liquor license of the original Strip District location in 2011, due to a number of noise violations, says Stacey Witalec, PLCB spokeswoman.

Embury and Firehouse Lounge closed shortly after. And Warren, the president of its ownership group, signed a January 2012 agreement with the LCB to sell Embury's liquor license. That agreement bars the group's "current or former officers, directors, shareholders [and] employees" from "hav[ing] any interest in this or any other licenses" for two years.

Falk and Khan are the applicants for the South Side license, says Witalec; she says the LCB is unaware of any connection to Warren, who she says is "not permitted to be involved" in any business with a liquor license.

But the Pittsburgh Post-Gazette reported July 12 that Warren "has purchased the building and accompanying liquor license," for the club, and discussed his plans for it. And according to state Corporation Bureau records, Warren is the "organizing entity" of 2108 E. Carson St. LLC, which county records identify as its owner.

Warren says those records are outdated, and he no longer has a role.

"I do not own a building or anything else," he says.