FILM • LAWRENCEVILLE
This is your final day to experience the original Star Wars trilogy in stunning 4K at Row House Cinema. See A New Hope, The Empire Strikes Back, and Return of the Jedi on the big screen and relive the story of Rebel forces doing battle with Darth Vader and Emperor Palpatine. With such a large screen and higher definition, maybe now you can finally determine if Han really did shoot first. Showtimes vary. 4115 Butler St., Lawrenceville. $12.57. rowhousecinema.com

MUSIC • LAWRENCEVILLE
Skegss traveled all the way from Australia to perform across the northeastern United States, including a gig at Spirit. Described in a release as producing a “riotous punk/garage/psych rock sound” reminiscent of Oh Sees, PUP, Ty Segall, and Jeff the Brotherhood, Skegss consists of singer/guitarist Ben Reed, bassist/guitarist/vocalist Toby Cregan, and drummer Jonny Lani. Listen to their recently released singles “Stranger Days” and “December,” and their 2020 album Rehearsal before heading to the show. 8 p.m. Doors at 7 p.m. 242 51st St., Lawrenceville. $24-28. All ages. spiritpgh.com

THEATER • SOUTH SIDE
City Theatre presents Anna Ziegler’s The Wanderers, described as a “mysterious new drama that puts a magnifying glass on the complications of love across generations and what it means to be happy.” Directed by Colette Robert, the show cuts between the 1970s and present-day to follow Orthodox Jews Esther and Schmuli, who have just entered into an arranged marriage, and Abe and Julia, an author and movie star who shares a secret flirtatious correspondence behind their spouses’ backs. 5:30 p.m. Continues through Dec. 18. 1300 Bingham St., South Side. $25-66. citytheatrecompany.org

FILM • MCKEES ROCKS
Jump Cut Roadshow pays tribute to an unlikely movie star when it screens The Impossible Kid at Parkway Theater. The 1982 Filipino spy movie features the late Weng Weng, a little person who became one of the country’s most popular film actors. See him play a secret agent who works for the Manila branch of Interpol in this exploitation cult gem. 10:30 p.m. 644 Broadway Ave., McKees Rocks. $8. jumpcuttheater.org/calendar

MUSIC • OAKLAND
Rapper-singer Rod Wave brings his Beautiful Mind Tour to the Petersen Events Center. The Florida music act has released several albums, including SoulFly and Beautiful Mind, both of which landed on the Billboard charts. He will be joined by rapper Toosii and singer Mariah the Scientist during his Pittsburgh stop. 8 p.m. 3719 Terrace St., Oakland. $45-212.50. peterseneventscenter.com/events 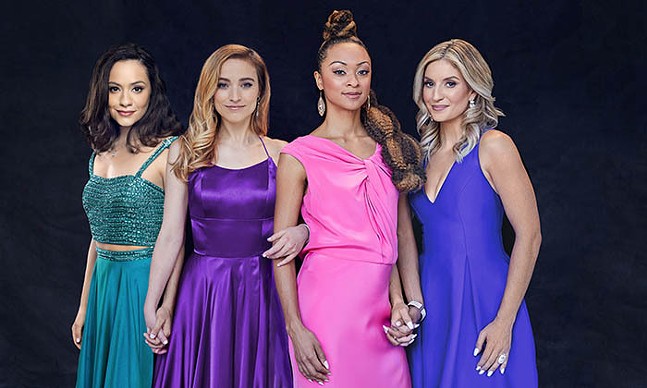 KIDS • DOWNTOWN
Don your best royal attire for a new show at the Benedum Center. Disney Princess – The Concert highlights more than 30 Disney songs, including “Let It Go,” “A Whole New World,” “Colors of the Wind,” and “A Dream is a Wish Your Heart Makes,” all sung by professional actresses who portrayed Disney princesses on Broadway. The show also promises to immerse the audience in “pure Disney magic” with larger-than-life animations and theatrical effects. 7 p.m. Seventh St. and Penn Ave., Downtown. $39.50-79.50. trustarts.org

MUSIC • DOWNTOWN
The JazzLive Series continues at Liberty Magic with a performance by Fourth River. Described on the Pittsburgh Cultural Trust website as “the newest band to present their fantastic jazz stylings to Pittsburgh,” the group includes David Throckmorton on drums, John Shannon on guitar, and Jeff Grubbs on bass. 5 p.m. 811 Liberty Ave, Downtown. Free. trustarts.org

LIT • OAKLAND
The Carnegie Music Hall of Oakland will host best-selling author Louise Penny for a night celebrating her latest work A World of Curiosities. The book continues a series focused on Chief Inspector Armand Gamache, a Canadian detective with a knack for solving murders. In this latest chapter, he and his associate investigate a case involving a pair of grieving siblings, a long-dead stone mason, and something hidden behind the wall of an attic room. Marie Benedict will lead a discussion with Penny during this event. 7 p.m. 4400 Forbes Ave., Oakland. $36-60. littsburgh.com