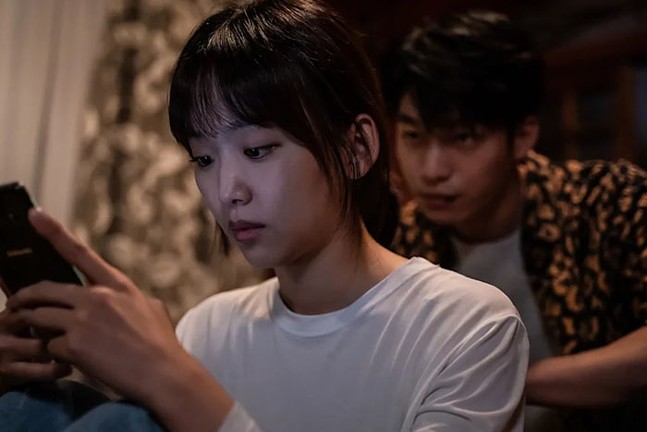 THEATER • IRL
Expereince the scathing and hilarious showtunes of Urinetown when the Tony-Award-winning musical comes to the Andrew Carnegie Free Library & Music Hall. The show imagines a city in which a 20-year drought forces residents to only use government-regulated public bathrooms. According to a description, Urinetown tackles it all: “the legal system, capitalism, social irresponsibility, populism, bureaucracy, corporate mismanagement, municipal politics and musical theatre itself!” 8 p.m. 300 Beechwood Ave., Carnegie. $17-25. stage62.org/urinetown

FILM • IRL
Brush up on some of South Korea’s notable recent films during a new series at Row House Cinema. Modern Korean Cinema will showcase four exciting releases from the last several years, including Midnight, a new thriller starring Wi Ha-Jun of the hit Netflix series Squid Game. Be sure to check out the 2016 zombie hit Train to Busan, the acclaimed neo-noir selection Decision to Leave, and the sci-fi flick Alienoid. Showtimes vary. Continues through Thu., Nov. 17. 4115 Butler St., Lawrenceville. $10.48-12.57. rowhousecinema.com

ART • IRL
Bankrupt Bodega continues to showcase bold imagery with a new exhibition. The shop dedicated to working with local artists to create unique clothing presents A Fall Photo Group Galley Show in collaboration with PGH Creative. The event will feature over 50 photographers and visual artists, with work coming from as far away as Japan. Trace Brewing will provide beverages for the event. 6-9 p.m. 4120 Main St., Bloomfield. Free. bankruptbodega.com

ART • IRL
Check out a collection of local artists at Going UP: Celebrating Pittsburgh's Visual Arts and Making Space at the Paramount Film Exchange Building. Presented by UptownARTS, the event invites guests to view and purchase works by new artists, support Uptown as an arts community, and highlight the mission of UptownARTS and its future initiatives. Among the featured artists are Cue Perry, Bengu Centinkale, Zim Syed, Ann Rosenthal, and Natiq Jalil. The Pittburgh art scene is ever-growing, so don’t miss this opportunity to be introduced to new artists. 7 p.m. 544 Miltenberger St., Uptown. Free. facebook.com/uptownpartnersofpittsburgh

OUTDOORS • IRL
Hang out with some cool raptors when the Pittsburgh Parks Conservancy and the National Aviary present the Owl Prowl. Taking place in Frick Park, the event invites bird-lovers to stroll with an Aviary expert, who will explain the behaviors of various owl species. With any luck, a wild specimen will grace you with its presence. Be sure to wear appropriate footwear and bring a flashlight. 7-9 p.m. 1981 Beechwood Blvd., Squirrel Hill. $20. 7 and over. aviary.org 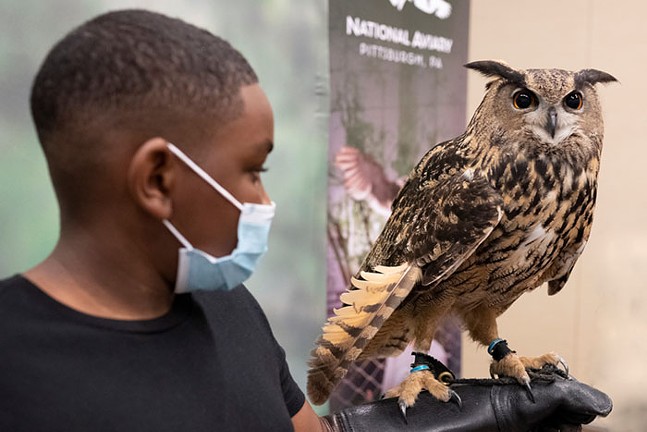 EVENT • IRL
Phipps Conservatory and Botanical Gardens brings together local and national experts for a one-day forum on “plants, landscapes, and people’s roles as environmental stewards.” The annual Native Plant and Sustainability Conference features five guest speakers focused on a wide range of topics, such as the sensory appeal of native plants, cultivating community conservation, and deer-resistant plants. The event will also see the return of the Sustainable Garden Awards, an effort to inspire western Pennsylvania residents to create environmentally friendly and beautiful gardens. 9:45 a.m.–3:40 p.m. One Schenley Drive, Oakland. $85-105. phipps.conservatory.org

MUSIC • IRL
AFI will sing more than the sorrow when pop-punk/emo band heads to Stage AE for a tour prompting its latest album Bodies. The group, which rose to fame in the mid-90s and early 2000s, will be joined by Drab Majesty, a Los Angeles-based music project formed by Deb Demure and Mona D. The show is all ages, so you can educate younger generations on the band that influenced modern pop stars like Panic! at the Disco. 7 p.m. 400 North Shore Drive, North Side. $29.50. promowestlive.com

LIT • HYBRID
Who doesn’t love a cozy mystery on a cold, lazy day? Pittsburgh-based author and former police secretary Joyce St. Anthony will present a reading of her new book Death on a Deadline at Mystery Lovers Bookshop. The latest edition of the Homefront News Mystery series follows World War II-era journalist Irene Ingram as she investigates the death of a B-movie actor. Attend in person or sign up to watch it on Zoom. 1 p.m. 514 Allegheny River Blvd., Oakmont. Free. Registration required. mysterylovers.com 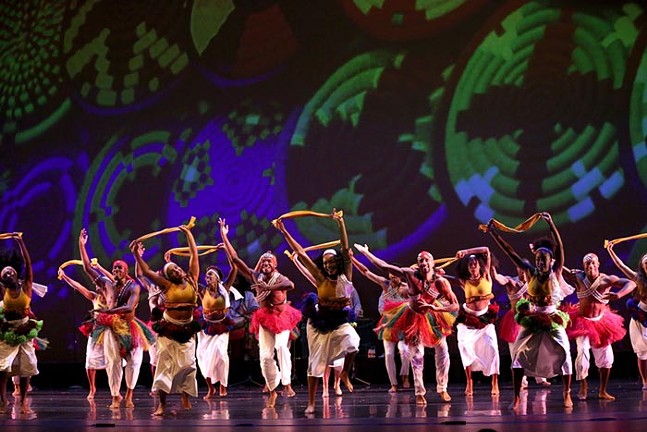 ART • IRL
Those inquisitive about outer space meteorology will want to see Does it Rain Diamonds on Neptune? by Steve Alexis, a new solo exhibition at 38a Gallery. The displayed works are described as serving “as physical embodiments of sentiment” from Alexis, a performance artist and MFA student at Carnegie Mellon University. Alexis’ sculptures, jewelry, and paintings are driven by experimentation and exploration, especially in his sourcing of eclectic materials such as plastic, metal, and “found and reclaimed objects.” 12-7 p.m. Continues through Sat., Nov. 19. 5929 Penn Ave., East Liberty. Free. thewhitakergrp.com

LIT • HYBRID
Pittsburgh Arts & Lectures and Carnegie Library of Pittsburgh will tackle one of the most devastating and highly-debated topics in the country with its latest guest. Pulitzer Prize-nominated journalist John Woodrow Cox will discuss his book Children Under Fire: An American Crisis, described by publisher HarperCollins as a “critical call for the United States to embrace practical reforms that would save thousands of young lives.” Learn more about the book that “investigates the effectiveness of gun safety reforms” and “efforts to manage children’s trauma in the wake of neighborhood shootings and campus massacres, from Columbine to Marjory Stoneman Douglas.” 6-7:30 p.m. 4400 Forbes Ave., Oakland. Free. Registration required. carnegielibrary.org

MUSIC • IRL
The Chameleons, an influential post-punk act from England, released three albums before breaking up in 1987. The band has since reunited and, in addition to producing the 2022 live album Edge Sessions (Live From The Edge), are now on tour and ready to play at Spirit. The night will also feature musical artists Not of this World, Doors in the Labyrinth, and DJ Erica Scary. See what the event descriptions calls “one of the most underrated Machester bands of the 1980s.” 8 p.m. 242 51st St., Lawrenceville. $20-25. 21 and over. spiritpgh.com/events