ART • IRL
The Associated Artists of Pittsburgh continues its Performance Series with local artist and curator Tara Fay. The AAP website says Fay will present a “durational performance,” during which she will read from the 2019 “Pittsburgh’s Inequality Across Gender and Race” report while balancing a steel beam across her shoulders. According to Fay, “This act of labor and endurance is a reference to what Black women in this city have to fight against every day; the marginalization, racism, lack of opportunities, and discrimination.” 6 p.m. 100 43rd St., Unit 107, Lawrenceville. Free. aapgh.org/performance-series

THEATER • IRL
Pittsburgh Playwrights Theatre Company returns to the stage with the local premiere of The Double V at the Trust Arts Education Center. Written by Carole Eglash-Kosoff and directed by Mani Bahia, the story promises to take audiences back to 1942, when “African-American soldiers fought for our country while struggling for equality at home,” according to a statement. The show will also highlight how the Pittsburgh Courier, one of the nation’s leading Black newspapers, played a crucial role in the history of the Double V campaign, which involved flashing double peace signs for victory not only over “aggression, slavery, and tyranny,” but also “for a victory over racial inequality” in the United States. 8 p.m. Continues through Sun., May 29. 805 Liberty Ave. Fourth floor, Downtown. $20-27.50. pghplaywrights.org

MUSIC • IRL
Get ready for a robust, two-day schedule of live music, art, and more spread across various venues when the Millvale Music Festival returns. The popular event will showcase over 300 acts representing a wide array of genres at Millvale-based spaces like Mr. Smalls Theatre, Whisper Nest, Gap Park, Curated Flame, and many more. There will also be comedians, poets, and spoken word artists, as well as work by a long list of local visual artists. Showtimes vary. Continues on Sat., May 21. Multiple locations, Millvale. Free. millvalemusic.org

COMEDY • IRL
Steel City Improv Theater wants you to enjoy a night of comedy when it presents The Draft. The monthly show creates teams from a mix of Steel City students, veterans, and teachers, giving newbies a chance to perform alongside experienced improv performers. Show up to support these emerging comedians and get ready to laugh. 8-9 p.m. 5950 Ellsworth Ave., Shadyside. $10. steelcityimprov.com

THEATER • IRL
Front Porch Theatricals continues its 10th anniversary season with the musical A Man of No Importance. Directed by Robyne Parrish at the New Hazlett Theater, the play follows the leader of an amateur theater group in 1960s Dublin as he tries to stage a version of Oscar Wilde’s play Salome at his church, despite opposition from church authorities. As he struggles to put on the production, he also confides in an imagined Wilde over a secret regarding his own sexuality. The show, which was adapted into a 1994 film starring Robert Finney, is described by Front Porch as a “tender and timely story of family, friendship, and acceptance that teaches us that it really is a wonderful thing to ‘love who you love.’” 8 p.m. Continues through Sun., May 29. 6 Allegheny Square East, North Side. $23-38. frontporchpgh.com

KIDS • IRL
The kids have been cooped for far too long. Get them outside and having fun when Schenley Plaza participates in National Kids to Parks Day. Presented by Pittsburgh Parks Conservancy, the day will include a number of free activities for children and their families, including a storyboard and a special performance of the Squonk Opera production Hand to Hand, which encourages audiences to interact with two giant hands. The PNC Carousel will also be open. The event is part of a national day of outdoor play celebrated on the third Saturday in May. 12-5 p.m. 4100 Forbes Ave., Oakland. Free. pittsburghparks.org

EVENT • IRL
Pittsburgh Anglophiles should don their most opulent hat and get ready for sipping when Britsburgh presents a Victorian Tea to celebrate the platinum jubilee of Queen Elizabeth II. Taking place at the Omni William Penn Hotel, the event will include a traditional authentic British afternoon tea complete with finger sandwiches, pastries, scones, sliced fruit, and berries. There will also be a presentation by Stephen Shandor described as “comparing and contrasting the reigns of the United Kingdom’s two longest-serving monarchs,” Queen Elizabeth II and Queen Victoria. 2:30-4 p.m. 530 William Penn Place, Downtown. $58. britsburgh.com

THEATER • IRL
Little Lake Theatre Company brings a Tony Award-winning play to the stage with a production of The Curious Incident of The Dog in the Night-time. Based on the best-selling 2003 novel by Mark Haddon, the story follows Christopher, a British teen described as being “exceptional at mathematics but ill-equipped to interpret everyday life.” After being accused of killing his neighbor’s dog, he tries to solve a mystery that “takes him on a thrilling journey that upturns his world.” 2 p.m. Continues through Sun., May 29. 500 Lakeside Drive South, Canonsburg. $15-25. littlelake.org/curiousincident 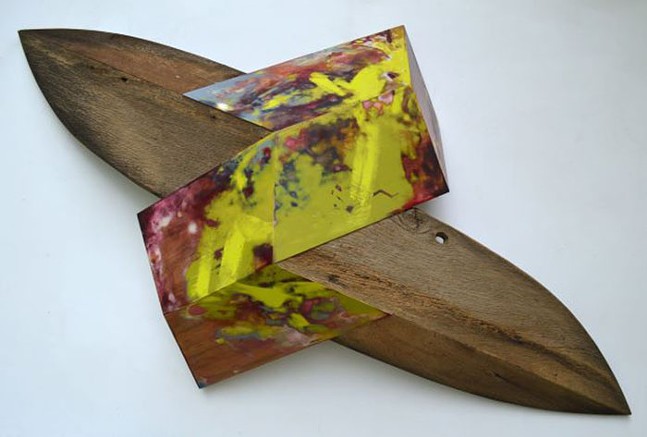 MUSIC • IRL
Settle in for a night of live jazz when the Backstage Bar at Theater Square welcomes Dwayne Dolphin to the stage. Dolphin brings an eclectic musical background, including a career working with the “Who’s Who” of jazz musicians, according to the Pittsburgh Cultural Trust, as well as a stint with the Pittsburgh Ballet Theatre’s production of Indigo In Motion and serving as Adjunct Professor of Jazz at Duquesne University. 5 p.m. 655 Penn Ave., Downtown. Free. trustarts.org 5 p.m. 655 Penn Ave., Downtown. Free. trustarts.org

FILM • IRL
Harris Theater will screen Happening, a new French drama that won the Golden Lion award at the 2021 Venice Film Festival. Helmed by writer/director Audrey Diwan, and adapted from prize-winning author Annie Ernaux’s semi-autobiographical novel, the film follows Anne, a bright young student in 1963 France who must make some risky, life-altering decisions when her future is threatened by an unwanted pregnancy. 5:30 p.m. and 7:30 p.m. Continues through Thu., June 2. 809 Liberty Ave., Downtown. $11. trustarts.orgUPDATE: This story has been updated on May 19 with new information on Tuesday's performance at Backstage Bar.