The league will is now ensconced at Pittsburgh Indoor Sports Arena 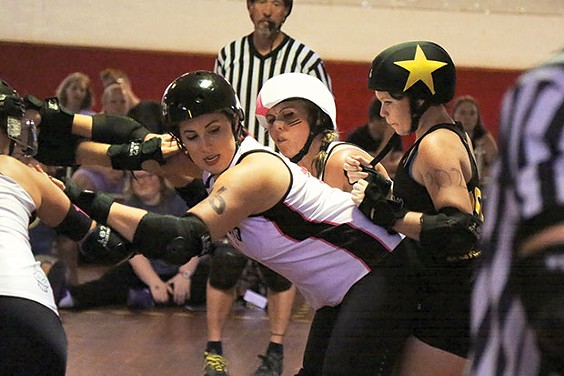 When Glenshaw’s historic Romp ’N Roll roller rink announced its closure in October, it signaled bad news for the women of the Steel City Roller Derby. Without a new home, the league would likely be forced to fold.

But that won’t happen now. On Jan. 1, the group announced it was moving to the Pittsburgh Indoor Sports Arena, in Cheswick, for future practices and matches. The move came after an extensive search.

“From the very beginning of our relationship, PISA’s ownership and staff have displayed their enthusiasm for roller derby and welcomed us with open arms,” Ally McKill, one of SCRD’s founding skaters, said in a press release. “We’ve been impressed with their willingness to accommodate the needs of our league; everything from practice and game timing to setting up the space just the way we like it.”

The site is 15 minutes by car from Downtown, and also has a bar and restaurant on site. The first event in the new space will be an intra-league doubleheader held Jan. 22. The PISA is located at 22 Rich Hill Road, in Cheswick.

But you don’t have to go and just watch the action. In March, the SCRD will hold tryouts. To take part, potential derby skaters must first attend one boot-camp session to learn what a tryout entails. Boot camps will be held Jan. 24, Jan. 31, Feb. 8, Feb. 13 and Feb. 22. For more information, go to www.steelcityrollerderby.org.