Pittsburgh’s People of the Year 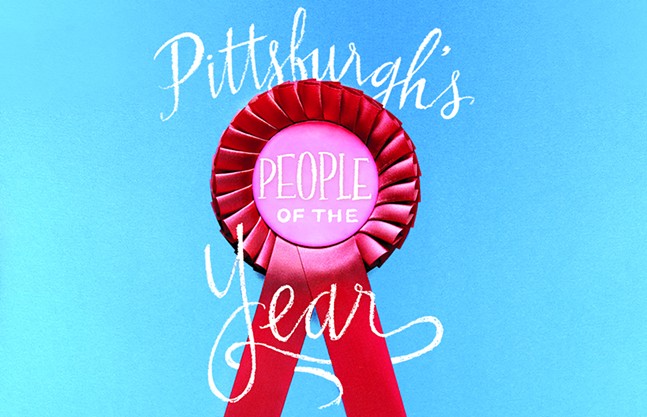 Hand lettering by Abbie Adams
In a town that’s still too often celebrated for its athletes more than its academics, and in a year when political tensions were high and news headlines — like September’s report from the city’s Gender Equity Commission on “Pittsburgh’s Inequality Across Gender and Race” — revealed disparities in our region, one might mistakenly think we’re ending the year with little to celebrate. But, despite the difficulties, Pittsburgh has also had a lot of really great wins, largely made possible thanks to the efforts from the exceptional people we’re featuring throughout this week’s issue.

Pittsburgh’s People of the Year include a teenager striking week after week on the steps of the City-County building, trying to make the world better for future generations. The pair of women spearheading a new direction for the city’s food and drink industry. The writer who is bringing Pittsburgh’s story to the world. The group of hard-working employees standing up to their employer against the odds. And, in what might be a surprise, the billionaire who’s using his position to enact much needed change.