“The pastor spoke to me and said ‘God has a plan for your life.’” 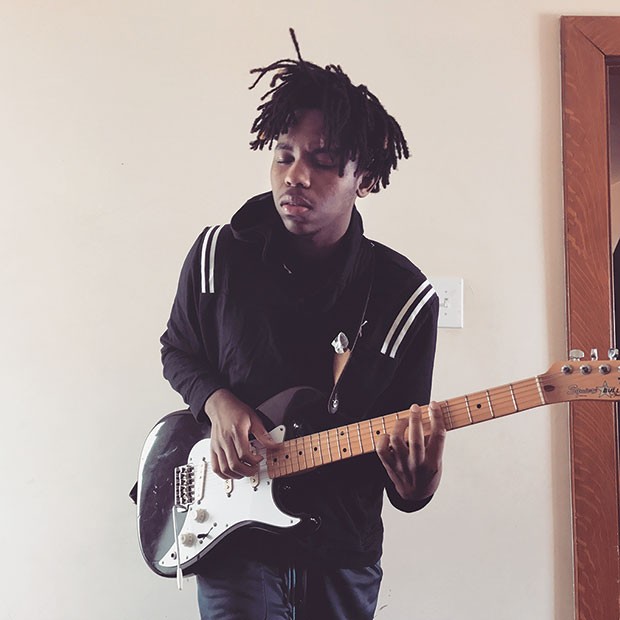 Photo courtesy of Montell Fish
At 17, Montell Fish was having a rough time. He was smoking weed constantly, getting in trouble and regularly fighting with his family about his behavior. One night in 2014, he came home stoned and was caught by his stepdad. His stepdad took Fish to a Wednesday-night prayer service; it was a pivotal moment in his life and his career.

Then a burgeoning R&B artist, Fish’s apathy and lack of direction showed in his music. His mixtape, My Friend’s Couch (possibly the most succinct weed-related title in music history), documented that period in his life. He was writing through the perspective of a rotating cast of characters he’d imagined while high on his friend’s couch. The album art is a couch in space.

My Friend’s Couch is nowhere to be found these days because Fish has remade himself since then, dedicating both his life and his music to God and being a good Christian. He traces the transformation back to that Wednesday night in 2014.

“The pastor spoke to me and said ‘God has a plan for your life,’” says Fish. “’And the devil wants to make you just like the world.’”

The change wasn’t overnight. Fish kept smoking, but that interaction with the pastor planted the seed that led to his overhaul. In early 2015, Fish stopped using drugs altogether and gave himself to God.

Today, Fish uses his music to inspire and give hope to young people in their “couch phase.” His latest release, As We Walk Into Forever, is not subtle nor could it be confused for secular, but it’s also not preachy, treacly or any of the other negative connotations some listeners associate with “Christian music.”

Start with “Dreams Don’t Sleep.” It’s a minimalist R&B track with a catchy hook, and up until Fish mentions waking up and saying his prayers, it sounds like it could easily make it on mainstream hip-hop radio.

Predictably, some were surprised by the new Montell (“I miss that old Montell, that smoke-this-dope Montell,” Fish raps on “Lost in Eternal Light”). But Fish says that surprise helps him get his point across.
“They’re like, ‘If God can change you, then I must have hope,’” says Fish. “They know how messed up I was.”

Fish’s next EP, Bedroom Gospel, is out on April 4.