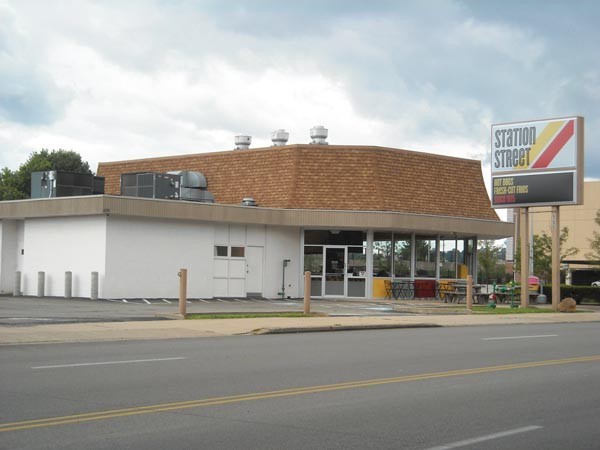 A plan by Salt of the Earth's chef and restaurant owner Kevin Sousa to give Pittsburgh's food trucks a safe haven from burdensome city regulations has fallen through and is now on hold indefinitely, despite a grant award for the project by the Sprout Fund.

Sousa is known for his avant-garde cooking and a distinct and rapidly growing restaurant portfolio; he opened two new spots, a barbecue joint and a hot-dog shop, in East Liberty earlier this year, and announced plans for a fine-dining restaurant in Braddock. This spring, he pitched the idea of opening the parking lot near Station Street Hot Dogs to the city's burgeoning food-truck scene.

He had interest from the food-truck owners, insurance documents drawn up and, on July 6, he was awarded $8,550 by the Sprout Fund to get the project started.

The grant was submitted by the nonprofit community development organization East Liberty Development Inc. and the Larimer Consensus Group under the title "Broad Street Bonanza Project."

But Mac Howison, program officer for catalytic funding at the Sprout Fund, says the award was declined by ELDI and Sousa.

"The reality of that Broad Street Bonanza Project is that it was exciting, but it wasn't as well organized as we might have thought when we initially went in to fund it," Howison says. "We're still in support of a food truck plan in the city, but we no longer have an entity to take it forward."

Maggie Graham, communications coordinator for ELDI, says her organization and Sousa "miscommunicated," but declined to go into specifics. "It was Kevin's idea, and we wanted to help him pursue the funding," she says. "We know he'll still make it happen for Pittsburgh."

Sousa, who had often referred to the project as SNaCl, (pronounced "Snack-L"), a play on the name of his first restaurant, declined to comment to City Paper about shutting down the project.

On his blog, Timing and Temperature, he wrote July 31, "Despite the pieces seemingly coming together, this was a puzzle that I simply could not put together in a timely fashion."

"This is by no means the end of our doing-things-because-we-can phase," he continues. "It will, on the other hand, most definitely be the end of the announcing-the-launch-of-such-things-on-my-blog-way-too-far-in-advance-so-every-agency-that-might-care-will-and-then-mess-with-me-because-THEY-can phase."