“We were really happy with the turnout.” 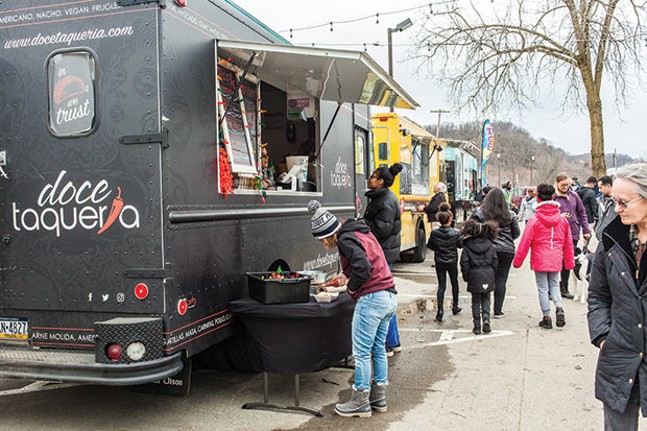 Pittsburgh’s first-ever food-truck park has only been open for a couple of weeks, but the demand is already high. The park, located on the water in Millvale, is already booked every weekend through Labor Day.

The Pittsburgh Food Truck Park is the brainchild of Millvale natives and brothers, Shawn, Tony and Matt Lang. They started working with the Borough of Millvale two years ago in tandem with riverfront development. The park sits right off the water in the former Mr. Smalls skate park. The brothers are considering these first couple months as a “testing phase” while they finish building a bar and other permanent structures on the property.

The Lang brothers have been in the restaurant business together for 10 years. Aside from the Pittsburgh Food Truck Park, they also own Pig Iron Public House in Mars, and Steel City Samiches Bar & Grille and Twisted Jimmy’s in Indiana, Pa. They’ve spent a lot of time traveling to different cities to explore restaurant concepts; on one trip to San Francisco, a friend took them to a local food truck park.

“We fell in love with the concept,” says Shawn Lang. “It was under an overpass. The bar was built out of an oldschool bus and it had about six trucks surrounding some tables.” They were thrilled when the space in Millvale became available and, after negotiations with the borough, began planning. “It was our first choice and we got it,” says Shawn Lang, smiling.

The park bills itself as family-friendly and dog-friendly (read: well-behaved and leashed). Friday night happy hours will feature live music from local bands. A beer trailer offers patrons a chance to grab a brew and the food trucks offer their own selections of non-alcoholic drinks. Contrary to the long-standing rumor about more lax regulations, all food trucks are coordinated through the Allegheny Health Department and go through an inspection process. “That’s always top priority, making sure the trucks at the park do have their proper Allegheny Health Department regulations,” says Tony Lang.

The events manager and vendor coordinator, Danielle Mashuda, has been working with food trucks for two years. She’s already locked in 90 food trucks that will rotate through the park, and she’s intent on fostering positive relationships with the vendors. “I know these brothers are really excited about helping out new trucks and giving them an opportunity when they start out to get them shifts,” she says.

The first weekend saw a lot of community support. “We were really happy with the turnout,” says Shawn Lang. The park comfortably hosts around 400 people and the Lang brothers say that they had a full rotation of people at all times. They are especially keen on making sure the space works for customers and vendors. “It’s all subject to change,” says Shawn Lang.

Pat Joyce, owner of the South Side BBQ Company, which has a permanent location and a food truck, was pleased with the start of the season. “We had a great experience last weekend. It was well received by the community and well attended. Sales were unbelievable,” he says. “The food truck community itself is growing really rapidly. I think [the food truck park is] going to be key for growth.”

Ben Dougherty, owner of Pittsburgh Po’ Boy, is also excited for the new opportunity for his business. “From my perspective, it’s another outlet for us to showcase our business. But from the consumer aspect, I think it’s great because other cities have already had similar things like this for a long time so this coming to fruition here is really exciting,” he says.

For these first couple of months, they are planning on a slow rollout. “We want to take advantage of the warm weather,” says Shawn Lang. The park will be open every Friday and Saturday in April, with a dinner shift from 4 p.m. to 10 p.m. on Fridays and two shifts on Saturday, from 11 a.m. to 4 p.m. and 5 p.m. to 10 p.m. Sundays will be added in May and Mondays in June. By 2019, the Langs plan to extend service to seven days a week.

Meanwhile, they are collaborating with the borough on events like the Millvale Music Festival and building out private indoor space. They want to make the park as sustainable and environmentally responsible as possible and have eventual plans to install solar panel charging stations for vendors to run their generators from solar power. 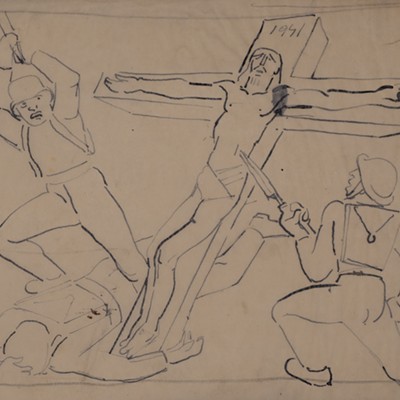 Takeaways from a town hall in Millvale discussing the petrochemical industry in Southwestern Pa.