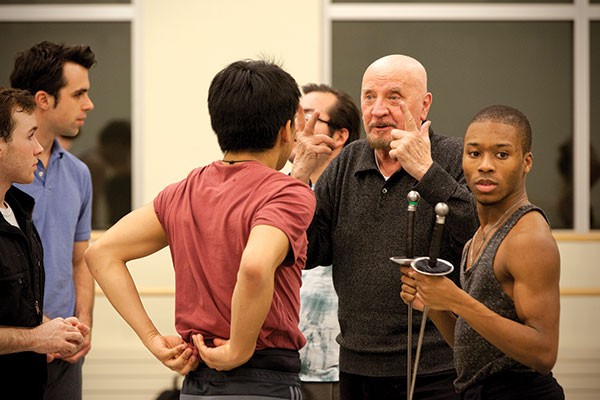 When Nicolas Petrov assumed the directorship of the Pittsburgh Playhouse's ballet school, in 1967, no one could have foreseen that within a few years, the Yugoslavian-born dancer and choreographer would forever alter the Pittsburgh dance landscape by founding two of its major institutions: Pittsburgh Ballet Theatre and Point Park University's renowned dance department.

Now, on the eve of Professor Petrov's retirement from Point Park after more than four decades, the dance department and its Conservatory Dance Company will honor him by restaging one of his best-known ballets, Romeo and Juliet, Dec. 10-15, at Pittsburgh Playhouse.

Born in 1933, in Novi Sad, Yugoslavia — now Serbia, then a Soviet-bloc country — Petrov was essentially conscripted into a life in dance.

"I was 12 and I didn't know anything about dance or ballet," says Petrov, an energetic, charming man who at age 80 retains a thick Slavic accent. "The government sent out teachers across the country to organize ballet schools. They came to my [grade] school's gymnastics class and auditioned us. I got picked."

In 1968, the formerly independent Pittsburgh Playhouse became part of Point Park College, and the ballet school Petrov had so briefly headed went dark. At the behest of college president Arthur Blum, Petrov took a job as associate professor and set about creating the college's dance program. Modeled after ballet schools in Europe, the program was designed to train students to become professional dancers.

That year, Petrov also mounted at the college a successful production of The Nutcracker that starred New York City Ballet's Violette Verdy, and that would serve as a catalyst in the founding of Pittsburgh Ballet Theatre. In 1969, with help from Blum and local philanthropist Loti Falk, PBT was chartered at the college.

Costumier Janet Campbell, who has been with PBT for 40 years, recalls Petrov as the company's artistic director being "a hard worker," and as its chief choreographer "knowing how to tell a story." She adds, "He would always say to us, ‘We go further and do whatsoever.'"

Petrov brought to PBT a host of leading dancers and choreographers to dance as guest performers or to set work on the fledgling company. These names included Natalia Makarova, Edward Villella, Antony Tudor, John Butler, Petrov's mentor Massine, and former Ballet Russe de Monte Carlo star Frederic Franklin, a friend of Petrov's who co-directed PBT from 1974 to 1976. Without Petrov's connections, PBT might not have survived, or at least thrived as it did. 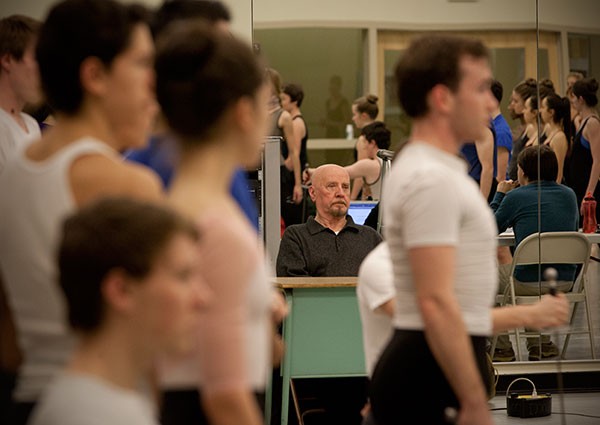 "His vision recognized that a city of this size deserved a world-class ballet company, and he worked tirelessly to bring exceptional talents here to Pittsburgh," says PBT's current artistic director, Terrence Orr.

Petrov, who had been working at both PBT and Point Park, left PBT in 1977 in part over differences with Falk over in the direction of the company. Petrov says the company "was living on old repertory," and he was interested in developing contemporary works. That led him to found, that year, The American Dance Ensemble of Point Park, a predecessor to the current Conservatory Dance Company.

Petrov's impact on Point Park's dance program has been far-reaching. He's brought in many noted dance teachers and paved the way for the department's growth in scope and enrollment, as well as in the addition of state-of-the-art studio facilities. The program ranks among the nation's largest university dance programs, and surely in the top dozen or so for quality.

In his career, Petrov has choreographed more than 100 dance works, but it is Romeo and Juliet that has become his signature piece. Originally choreographed for PBT in 1971 for the reopening of a refurbished Heinz Hall, the ballet has been credited by New York dance writer Clive Barnes as the first Romeo and Juliet ballet in the U.S. to use the Prokofiev score.

The two-hour ballet in three acts, with a cast of 50 dancers, was last performed by Point Park in 1982; it has since been slightly revamped, with new scenes. Current dance-department chair Susan Stowe calls it "a grand, elegant and exciting production that is pretty true to Shakespeare's story."

An author, sometime film and television actor (Sesame Street, Purple Noon, Lorenzo's Oil), dancer, teacher, choreographer and director, Petrov is a man of many talents. But perhaps his greatest legacy will be as the father of professional ballet in Pittsburgh.